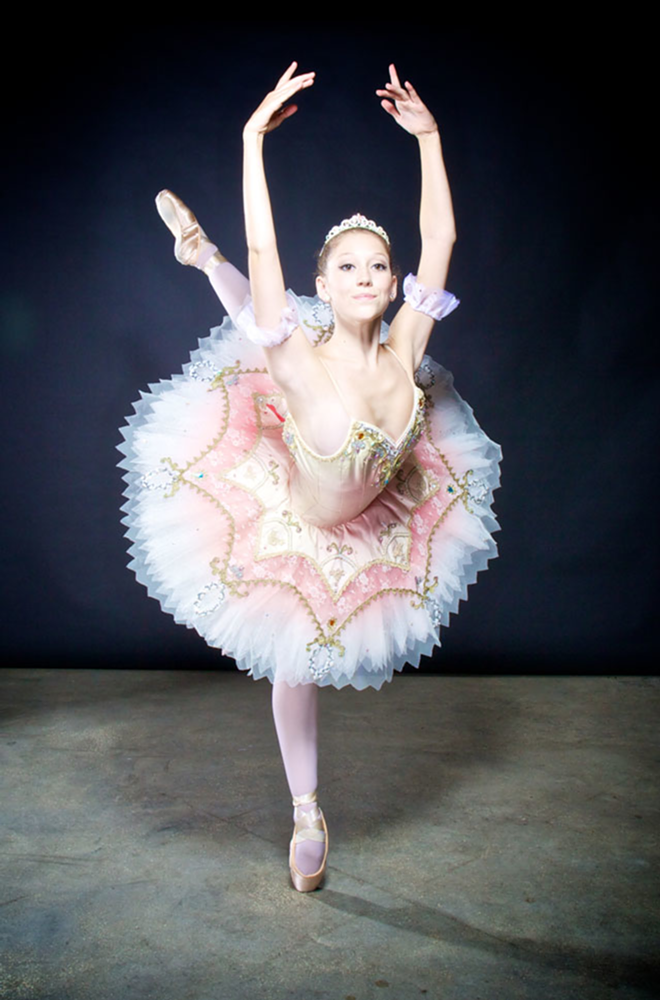 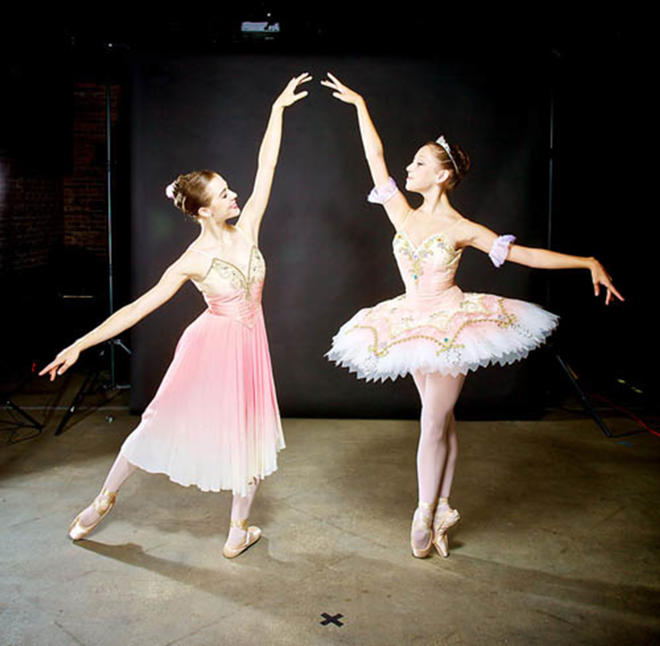 She's been at this a while: Hannah started dancing when she was 8, and began switching from jazz dance "comps" (competitions) to ballet when she was 12. A profile of her in Dance Spirit magazine in January reflected that change with the headline "Comp kid turned ballerina."

Why she made the switch: "It came to the point where it wasn't really challenging. You can only do so many comps — you've seen everyone, you've competed against everyone. Ballet for me is way more difficult — it's more of a challenge to make all of your movements perfect."

What makes her stand out as a dancer: "She has what every dancer wants — ideal form," says Peter Stark of Patel, where she began training just a year ago. "Her legs and feet are breathtaking."

What does she think of So You Think You Can Dance? "I will watch an episode now and then when my sisters make me. For me it's not as interesting because it's not like ballet, I guess."

And ballet is more fun because... "You get to tell a story through your movements. I guess it's prettier than talking."

Black Swan? "Not very good. Not realistic. It took everything that's bad [about ballet] and put it in one movie."

How she's like the other Hannah B: Like Hannah Beach, she competed in the Youth National Grand Prix in NYC this year. A year younger than Beach, she won Gold in the junior women's category; Beach finished among the top 12 in the senior category. (To put these wins in perspective, 5,000 dancers compete worldwide in regional competitions for the Grand Prix; only 300 go to New York, and 24 make the finals.) Bettes will be eligible to compete for the Royal Ballet School scholarship next year, and like the other Hannah, she's already won a scholarship for summer study at the School of American Ballet. Like Beach, she's also got her eyes on eventually dancing with a European company.

Why Europe and not America? "I feel like in Europe [ballet] is more appreciated. I've never actually been to Europe, but if you watch YouTube you can just tell from the audience that they're just more into it."

How she's not like the other Hannah B: Where Beach is just beginning her virtual studies, Bettes has been studying that way for the last three years. This year, though, she's going to attend Blake High School for the Performing Arts — and, as Beach did when she was at Tampa Prep, she'll go to Patel in the afternoons and evenings, then come home and do her chemistry homework. Ouch.

But if you think that's hard... Consider Bettes' family. They live in Deland but got an apartment in Tampa so that Hannah could go to Patel. Her father's in sales, her mother's a nurse anesthetist in Orlando, and along with Hannah's grandmother they all come to stay with Hannah on a rotating basis. "I have some pretty great parents," she says, accurately.

Where to see her live: In December she'll be in Next Generation Ballet's Nutcracker in Tampa and in Sarasota (where she'll be partnered by renowned American Ballet Theatre star Jose Manuel Carreño. He requested her.)

Where to see her online: Search for Hannah Bettes on youtube.com/user/YourDanceChannel