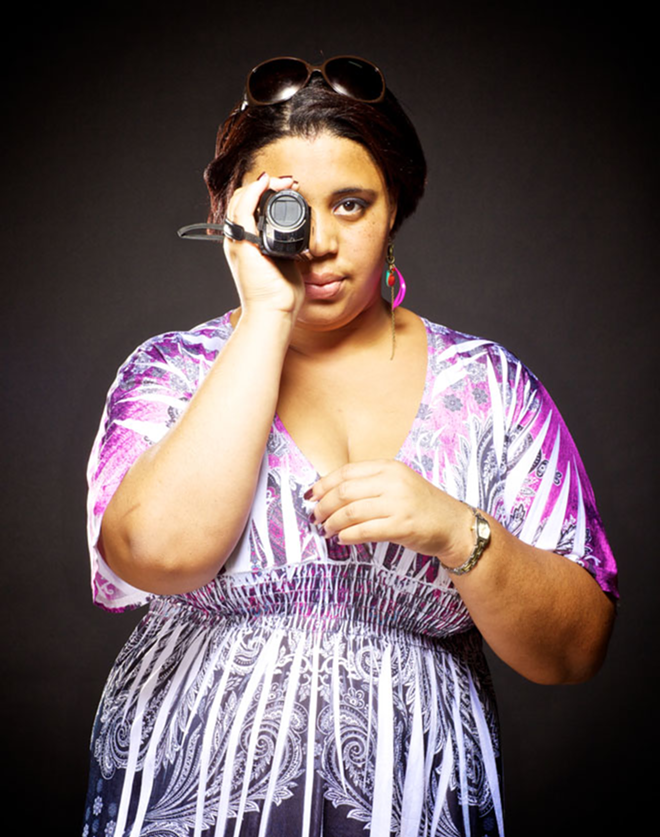 Winning ways: Kaneesha, a senior at the University of Tampa, has won several awards in campus filmfests, including Best Drama for Breaking Point, an AT&T Golden Mobile Award for Contagious (for films that make use of a cellphone), and an award for best set design for Hell. Her longest film, Snakes in the Grass, was screened at this spring's Gasparilla International Film Festival.

Worldly ways: A self-described "military brat," she says on her website that "I've lived in places like Germany, Japan, and Italy. Sometimes when you go, the grass is greener on the other side, but then you leave and you miss it like crazy. I wear my heart on my sleeves, being honest and open is an asset to many things, one of them filmmaking. I plan to share my love for life, the hope of change, and sadness of truth to everyone with every project I work on."

One benefit of all that travel: She became friends with Tamara Austin. "We followed each other around the world," and both wound up enrolled at UT, where Austin has appeared in several of Kaneesha's films. That's a good thing, because Austin's an excellent actress, making a particularly strong impression in Breaking Point. Centered around an acting audition, Point is an ingeniously structured film that ends with a brutal twist.

But Heath gets notably good performances from the actors in all her films: She thinks that's because "I'm one of the few filmmakers on campus to do blocking and rehearsal."

See for yourself at: klovemedia.com