What? 28 days since someone dumped raw sewage in Tampa Bay? Time to celebrate!

Wikimedia Commons
Relax, Northerners. This isn't anywhere near us.

Well, we survived; the largest casualty of Hurricane Matthew in my world is the frustration I feel with people thinking Tampa Bay is right next door to Cape Canaveral, or, as music editor Ray Roa put it, "Oh, man, am I going to have to mark myself safe again?"

Be like Ray: Don't do it. Don't mark yourself safe. Take a stand against geographic ignorance, Loafers. And also, hey, we survived and no one even had to dump sewage into local waters this week, which must be some kind of record. I think it's time to celebrate, don't you? 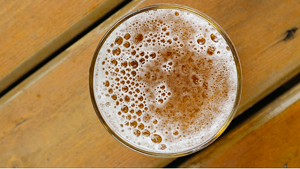 Mastry's Brewing Company (at long last!) opens on St. Pete Beach, in the über-cool old Pinellas Tire location. Grab a brew and pour some out for our homeys in Haiti who have not been so lucky.

Gulfport's Art Walk tonight sees the closing of Milk Spreads Its Coat at PORTSPACE, Love PORTSPACE, hate that they're open, what, three times a month? So, get there.

The Bends has a Halloween art exhibit tonight — I Want Your Skull, which I think pretty much says it all. Expect skull-themed art.

Across the Bay, Seminole Heights holds its monthly First Friday, making it the perfect time to check out all the kaleidoscope vulvas at Tempus. Seriously cool and also, I finally worked the phrase "kaleidoscope vulva" (which should really be a band, right?) into a blog.

Have a dog? Want a dog? Either way, maybe you want to be at the SPCA Pet Walk in the morning. Don't want to get up and walk on a Saturday morning? Let's see, which tool in our arsenal should we bring out... I'm torn between "don't you care about abandoned old dogs?" and "how's that 'work out more' New Year's resolution working out for you?"

It's Halloween. Show a bat some love at Boyd Hill's Unloved Animal Series. This month, they'll focus on bats, because, well, Halloween. We've all seen that meme of bats upside down having a dance off, right?

Seek counsel from the ORACLE at the Blue Goose. Check out the opening reception. Fun fact about the Blue Goose: They have a fine selection of single malts, which shocked the hell out of me — and also delighted me.

Right, so I promised you last week I'd look for brunch outside my beloved Hollander. In a giant "up yours" to healthy eating, I'll head to Kissin' Cuzzins for all the artery-clogging goodness that I know waits for me there. Seriously, they know how to sausage. Think of it as a nice phallic complement to the vulvas from Friday night. Also, they serve good bloodies (Kissin' Cuzzins, not the vulvas. That would be awkward.), which you're going to want because, hey, there's a debate tonight.

But never fear — you can head to Punky's for a debate watch party. Of course, if you're a Hillary supporter, be careful... drag queens are notoriously republican. Oh, wait, those are actual Tea... See, here's where I want to make a joke about how Tea Party women look like drag queens, but I'm making a mostly-concerted effort not to be a woman who mocks other women based on their looks and also, I do not want to piss off any drag queens, who by and large look a lot better than many women I see supporting the Tea Party.

I said mostly, y'all. It's a work in progress. Now, get out there before Tropical Storm Nicole moves too far south, strengthens and comes across to the Gulf, causing local water managers to pump even more sewage into Tampa Bay.