Book review: A Fool Rides the Wheel of Fortune

Gulfport's poet laureate thinks you should read this other Gulfport writer. 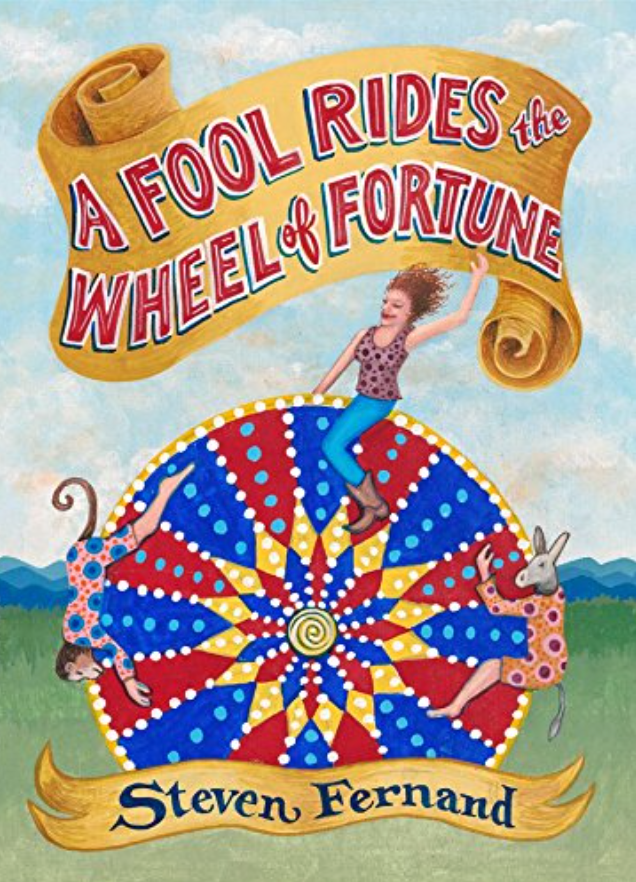 In Jungian terms — for those of us still Jung at heart — the male archetype (animus) is already encoded in Annabelle’s psychic genes. This isn’t all claptrap, folks; it’s ingenious. Fernand uses the Tarot’s Major Arcana to introduce each chapter and inform the archetypes of the major characters. The first section serves as a prologue, appropriately titled “0” and begins with “The Fool,” who is the young and restless Annabelle, smothered by a coal-mining town and an alcoholic mother. She is more than willing to take her chances and run off with the carnies, exchanging coal dust for the midway’s “flickery dust cloud, with whiffs of fried food, hot sugar” and a “muscled feller” by the name of Walt Ritter, hopefully her knight in shining armor. According to the Tarot images reproduced in the book, his card is The Juggler and his number is one. What follows is a cavalcade of wacky carny folk on a frenetic ride through Clandel, West Virginia, and the steep hills and valleys along US-52 in the spring of 1970.

The entire narrative is written in dialect and carnival jargon. Annabelle Cory proves to be a quick learner who masters a new way of speaking and thinking—and a new way of viewing herself, love, and life. Her language is not just the dialect of “West-by-God-Virginia” but the author’s special variety, spiced with healthy doses of carny lingo. So—when Annabelle asks Walt what “a six-cat” is, he explains by saying: “It’s a gaffed joint. The Clems throw baseballs at a row of fringy cat dummies. The agent has a gunner to block the cats from fallin’ over when he gaffs the mark.” But Annabelle is quick on the uptake, and in her mind the cat game, the language game, and the game of life all merge into metaphor:

"What chance did he have of winning me? Shadow-shy in my own blindness of what to do, was I stringing him along like an agent on the six-cat? Luring him yet into another fat chance, gaffed for my own gain? Then after I’d swapped off his heart for all I could take — or give — will our game get set afire and yanked out of the line-up?"

Annabelle’s voice has personality: it is vivacious, uncommonly vulgar, spunky, raw and colorful —and, above all, true. She can always be counted on to ‘sidle,’ ‘saunter,’ and ‘scuff,’ but she categorically refuses to take a single step unless it’s with a strong verb. She can’t just take the stairs (‘treads’). She never laughs, but she "sniggers" aplenty.

Annabelle may play the fool, but her foolishness is wiser and loads mightier than Walt’s waffling spirit (at one point her knight in shining armor actually cowers under his bed to escape some deputies). She is a knight unto herself. And if life were a game of chance, she ought to be the one to roll the dice, not her alcoholic mother nor a manipulative boyfriend, not Walt, not any man.

She is more than capable of taking care of herself just fine, thank you!

A Fool Rides the Wheel of Fortune