Can I give a blow job and still be a feminist? 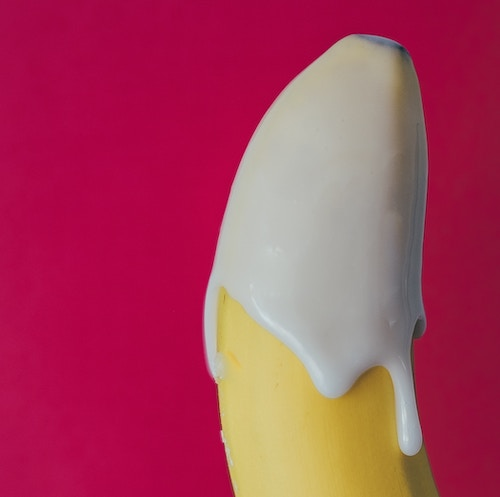 unsplash
If you like smoking the baloney pony, ain't no shame — or is there?

I love my partner, and I know he loves me. We're in a monogamous heterosexual marriage by choice, and have been together for about three years. Throughout my sexual history, I've enjoyed giving blowjobs. Among my friends, I've gathered this isn't totally typical. I get off on the power of it. I have total control, and I can read him. But lately — maybe since Harvey Weinstein? — I've begun to feel self-conscious giving head. Like I'm betraying the #MeToo and #TimesUp movements or something. It's weird, I know. What do cultural movements have to do with my sex life? Why am I suddenly feeling this way? Should I ignore it? If I stop, it feels like I'm letting something outside myself rule my life. But to keep going feels gross. What to do? Can't I give a blow job and still be a feminist?

I don't know that I have advice for you, but I have opinions. You probably won't like them.

I'll start by saying, let the crusade against sex positivism end, and let that end begin with me. As long as you're making feminism a battle between men and women, you're part of the problem. I don't believe that standing up for women is to the detriment of men. Let all boats rise in the harbor. So to speak.

I'm not sure how long you've been married, but even if you hit the aisle pretty quickly after meeting, it's still only three years that you've been together. The charges against Weinstein were reported more than a year ago, in October 2017. This means that, for about a third of the time you've been together, something's been amiss in the sex department. Here's the thing, though — sex is the ground floor of the department store. Take it away and the whole thing crashes to the earth. So I'm really glad you're paying attention to this issue. Oral sex shouldn't fall by the wayside just because you're in a long-term relationship. But, c'mon. We all know it can happen.

On the one hand, changes in your sexual practices are completely natural. And these ebbs and flows occur because of external circumstances. Kids, travel, stress — all impact libido, and they don't have to signal doom, so long as you remain willing to make your intimate relationship a priority. However, this doesn't sound quite right based on what you wrote. I'm not sure how often you have oral sex, if you're both getting it, or even if this self-consciousness happens every time you go for his cock. So I'm going to assume some things.

My first assumption is that your sex life isn't bad overall. By the way, I'm of the opinion that there's no such thing as being bad at sex, just being poor communicators. That's why intimate encounters can be terrible with a new partner, but improve tremendously over time as you get to know one another and feel more comfortable expressing desires and needs. Of course, the converse can be true. As more is at stake in the relationship, we feel less inclined to express vulnerability.

Based on your note, though, I'd guess that in your case it was the opposite. You two had hot spelunking in the bat cave from the start. The good news is, it's going to be bonkers awesome when you get this worked out, but it's work you have to do.

Reading between the lines, my next guess is that you've been impacted by the #MeToo and #TimesUp movements more personally than as some news item you read. I don't know what your assault story is, but my sense is that you minimize it. I'm not suggesting you need intensive therapy (but if it turns out you do, so what? You'll learn a lot, and all of your relationships will get better), but I would bet that this is what's affecting you, not giving head to your beloved. The fact that you're acknowledging it by writing this letter is huge.

The prevalence of sexual assault is staggering — one in three women will experience sexual violence in her lifetime, and I am no exception. My memoir talks about sexual assault I experienced in the workplace, but I've been far less public about my experience with rape. I was drunk and passed out, so I carried the belief that it was really my fault for a long time. In the years that followed, I didn't have any sexual hang-ups, and I sure as hell didn't want any. Better to keep that to myself. Then the Perpetrator-in-Chief currently living in the White House was elected, and I began to experience chest pains as a result of stress. I had to take a break from the news, and get honest. Did telling my story make everything all better? No. But if there's one thing I know it's that imperfection is what binds us as humans, and it's my connection to others that makes life sublime.

Send your question to us. Your name is always confidential

Never miss a trick — subscribe to Creative Loafing's weekly Do This newsletter!