He helped revive the comic back in the '70s. 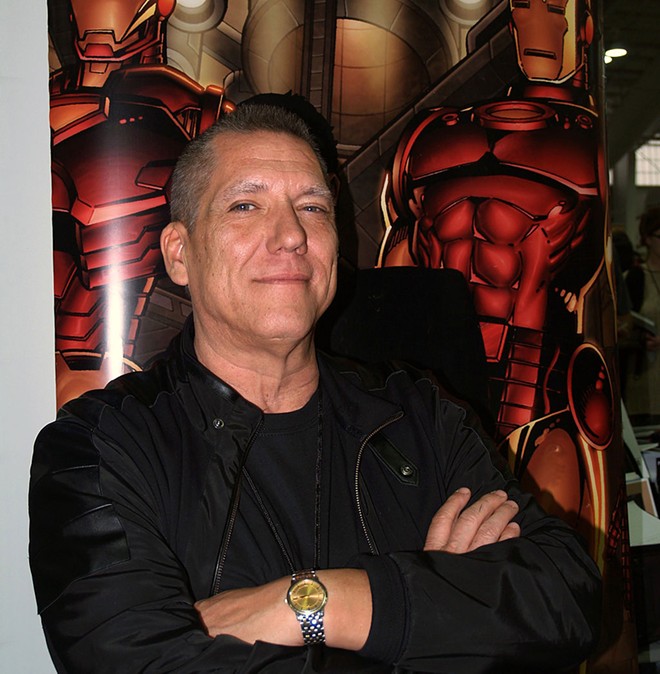 © Luigi Novi / Wikimedia Common
Bob Layton
Tampa Theatre is calling on both Marvel fans and comic connoisseurs for a special viewing of the film that launched the Marvel Cinematic Universe.

A screening of “Iron Man” (2008) hosted by Tampa-based comic book creator Bob Layton is set for later this summer. Credited with reinventing the comic in the ‘70s, Layton helped make the “Iron Man” story the success it is today.

The event will take place Aug. 4 at 7 p.m. at the downtown theater located at 711 N Franklin St., with a pre-show meet and greet with Layton kicking off at 6 p.m. It’s free to attend, and the first 150 guests will receive a complimentary popcorn and soda. A discussion panel with Layton and Tampa Film Commissioner Tyler Martinolich will follow the show, as a part of Film Tampa Bay Presents.

As a key creator of one of the MCU’s most beloved characters, Layton was behind some of Iron Man’s major storylines, including “Armor Wars.” When the comic was near cancellation about 50 years ago, Layton helped turn the story into one of Marvel’s all-time bestselling series.

Today, Layton’s credits span more than 6,500 comics and 11 Marvel films and series. His iconic “Iron Man” story, “Demon in a bottle,” was recently voted “one of the Top 20 comic stories of all time.” He’s additionally known as co-creator of Marvel classics “Ant Man” and The Ghost from “Ant Man and the Wasp.”

Admission to the event is free but reservations are required and can be made via tampatheatre.org.