Do the Bucs suck enough to lose to Tampa Bay’s new XFL team? 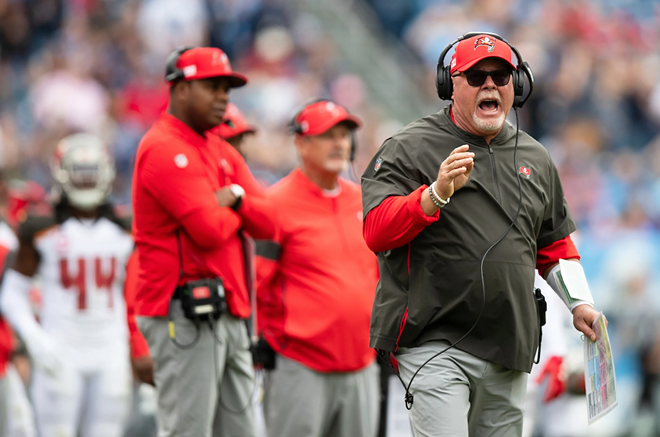 Let’s say Tampa Bay's new XFL squad The Vipers was to scrimmage the Bucs. Sure, it’s a far-fetched idea, and totally hypothetical as this would never actually happen, but with the way the Bucs have been playing (yeah, 5 interceptions against the Panthers wasn’t a good look Jameis) it’s an idea worth exploring.

Realistically speaking this would be a blowout. The XFL is a league for guys who couldn’t crack an NFL roster, and the Bucs may be bad, but they’re not the Dolphins (now THAT would be a game). However, XFL players are better than most on the college level, and the entire Vipers roster got signed for a reason.

Well, the Bucs have some serviceable players, and quarterback Jameis Winston could get away with a lot with this Vipers defense, because he’d be playing against what basically amounts to a slightly-better college roster. Also, wide receiver Mike Evans would likely have a field day with mismatches, as he’s bigger and faster than pretty much every corner on the Vipers’ roster.

It’s also worth noting that the Vipers’ defense is a question mark to say the least. Their whole roster is filled with players I’ve never heard of. A lot of them were former practice squad guys in the NFL. Their offensive line has a guard who was a fourth round pick though. So, who knows what we’ll see from them?

And yet… there’s part of me that thinks this could happen.

Crazier things have happened. Why not this? Besides, Jameis has proven to be one of the bigger risk takers in recent history, as no player has more three-interception, four-interception, or two-fumble games than Winston since he came into the league.

One disclaimer: I am a huge Quinton Flowers fan. I think it’s an absolute sin that he was never given a chance to succeed at the NFL level, because his athleticism and movement in and out of the pocket could be a poor-man’s (ok, maybe poverty-stricken) Russell Wilson. He’s listed as a running back on the Vipers’ roster, but he played QB at USF.

And some teams in the NFL have absolutely no shot at contending and no long-term answer at QB, the Bucs being one of them. So why wouldn’t they take a shot on a guy like Flowers who gained over 10,000 total yards through his college career?

You’re telling me that guys like Brandon Allen and Nathan Peterman are getting roster spots but Flowers can’t get one (don’t even get me started on the fact that Colin Kaepernick is still unemployed)? I know, I know, it’s a stretch for a QB out of the American conference, but we’re talking about an XFL-NFL matchup. This whole article is a stretch.

The Bucs’ top-ranked rush defense would be tough to penetrate, but those running QBs tend to wear down a defense. Other than a hurt Cam Newton, the Bucs’ defense hasn’t had to deal with any athletic QBs (no, Daniel Jones doesn’t count). It will be interesting to see how the Bucs deal with uber-mobile QB’s Russell Wilson and Kyler Murray in the next two weeks.

If the Vipers decided to start Flowers, he could do some crazy things. But, if this hypothetical game were to happen, the Vipers would likely go with Aaron Murray under center. And that’s not a bad thing. He’d be a good game manager. But they could still use Flowers like the Saints use Taysom Hill. Put him in the pistol, let him do his thing.

Just think about it. It’d be like when UCF played Auburn in the Peach Bowl. UCF was treating the game like they were playing for the fate of the world, while Auburn was coming off a disappointing end to a forgettable season for a pretty good program. Of course, UCF was going to play out of their minds, since they were feeling disrespected as the only undefeated team left out of the playoff bracket. They were pissed.

On the same note, the Vipers have a whole team of players feeling “left out of the playoff bracket.”

Their roster is made up of players who were good enough to play, and in most cases succeed, in college, but not quite the NFL. So they settled for the XFL.

All I’m saying is, the Vipers have a shot.