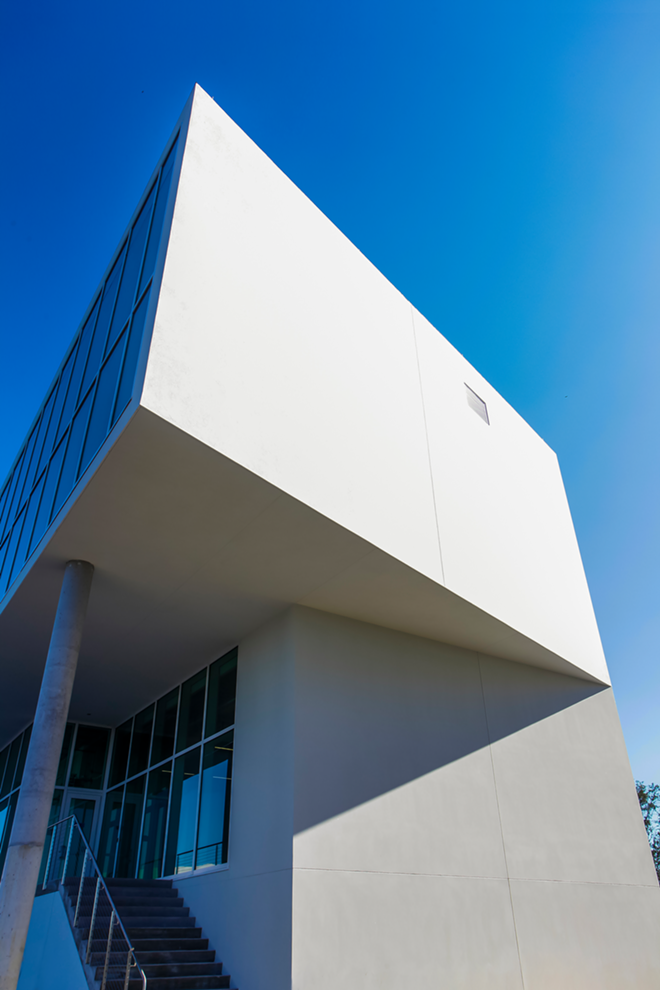 Because St. Pete doesn't have enough art — no, seriously, we want all the art and we want it now — Eckerd College is diving in with both feet. Actually, a third foot — although the college has two galleries in the past, on Feb. 9 it will open a third, which is more than a gallery, actually: the Center for Visual Arts. The Center, the money for which was donated by an as-of-yet-unnamed local donor with "a really interesting backstory," according to Robbyn Hopewell, Eckerd's public relations director/media wrangler, will have its grand opening Feb. 15.

If you're thinking, well, that's great for the students, but what does it have to do with me?, stop. Seriously, Eckerd College is totally open to everyone. OK, so you can't take classes there — unless you enroll in OLLI or pay full tuition — but they have films, lectures, performances and a brand-new art gallery where — hey! — you can take art classes.

Hodgell Abroad —Dacca, Hong Kong and London: 1961-1971, in the Elliott Gallery, features the work of founding visual arts faculty Robert Hodgell. Shortly before coming to work at Eckerd College in the early sixties (actually, it was called Florida Presbyterian back then), Hodgell traveled to Pakistan to do some illustration work for a UNESCO-funded book. A few years later, he went to Hong Kong. A few years after that, he took a group of students to — hey, you guess it — London. The work on exhibit stems from those three trips (and I'm feeling really guilty that I can barely organize my snapshots after a weekend — thanks a lot, Professor Hodgell.)

Over in the Main Gallery, balloons assault you as part of Jason Hackenwerth — Levitant: A Balloon Sculpture. The exhibit boasts multicolored balloons, floating above your head and turning in a circle, and — we're still trying to picture this — there's a second inner chamber. This, too, is the work of an Eckerd College Professor — Jason Hackenwerth, known for his balloon art (and no, not the kind you get at Chuck E. Cheese) — he's exhibited in New York's Guggenheim, London's Victoria and Albert Museum and a bunch of other places around the world.