'He opened his heart to the wild world': Florida authors remember Bill Belleville

Carl Hiaasen said, 'He was a wonderful writer who always portrayed Florida with a native insight and special affection.' 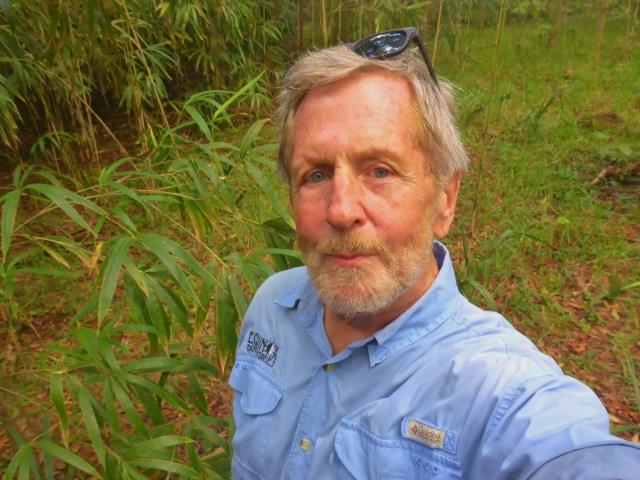 In a reflection about Bill Belleville, I wrote that the beloved author and educator “wrote in such a way that taught us to slow down, to watch the river flow.” Other authors had a lot to say about Belleville, who passed in late July, too. See their reflections below.

I know that the waters of Central Florida have received Bill Belleville’s essence back into theIr flow. He loved them as much as any other and spoke for them with all his being.

I admired Bill no end—not only as a terrific writer of natural history, but as someone who squeezed every ounce out of his life in Florida. He was a master diver, hiker and kayaker. His message to Floridians, I always thought, was “rise out of that armchair and explore.”

Bill Belleville was a great Floridian. From his outpost in Sanford that he chronicled in his 2006 book, “Losing It All to Sprawl,” to his beloved Saint Johns River that he canoed and captured in his 2000 book, “A River of Lakes,” Bill was one of the best of a new generation of environmental writers. Gruff but gentle, Bill bemoaned a vanishing Florida. On a personal note, Bill plucked Ray Arsenault and me from our turned-over canoe on the Ocklawaha River. Bill Belleville made a difference.

Bill was a good friend for almost 25 years. He was a remarkable man in that he was able to turn personal suffering, which had resulted in a debilitating addiction, into a great love. That was his love of nature, which manifested in time spent out of doors, the stories he told of the places he visited and lived, and also in a fierce but always compassionate defense of the wild. When my first book was published, Bill sent me a note of congratulations in which he quoted Willa Cather: “the history of every country begins in the heart of a man or a woman.”

In another letter he said that he believed that the opening of the heart was the most important work anyone could do, and that work was far harder than the work of writing or diving or being an activist or anything else. That’s how I think of Bill now — he knew that the hardest work of his life was opening the heart and he did it. He went the hard, tough way. I believe that his heart-centeredness was his greatest struggle, his ultimate success, and the legacy he leaves all of us. He opened his heart to the wild world, and because of that, so many of us opened our hearts to him.

Thomas Hallock is Professor of English at the University of South Florida St Petersburg. He is currently writing a book of travel essays about why he loves teaching the American literature survey, called A Road Course in American Literature...
More
Scroll to read more Local Arts articles
Join the Creative Loafing Tampa Bay Press Club