'He literally lived every day as it if were his last': St. Pete artist Nick Davis dies at age 31

Davis was famous for his 'Black is beautiful' message. 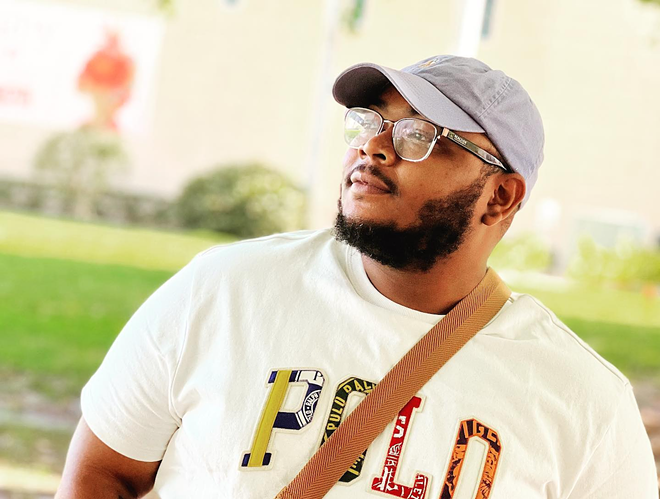 Photo via ndartlife/Facebook
St. Pete artist Nick Davis, who died Dec. 16, 2022.
In last year’s S​​pring Arts Preview, St. Petersburg artist Nick Davis was surprised that the community had so fully embraced his artwork. He was the subject of profiles on WEDU. Kids watching the “Read About It” program listened as he spread his message that “Black is beautiful,” and he was named “Best Emerging Digital Artist” in the 2021 Best of the Bay awards. His work was not only made into NFTs but on prominently on display is places like The Fairgrounds in St. Pete and for the public to enjoy on the Tampa Riverwalk.

“To be accepted now is a shock,” Davis told CL. “I think a lot of people see something in me that I don’t really see in myself. It’s good to have my artwork accepted.”

Now, the Bay area art community is undoubtedly in shock and forced to accept that Davis took his last breath on Dec. 16 at just 31 years old. Davis’ passing comes almost six years after he was diagnosed with epilepsy, a heartbreaking development in his life.

His family wrote that it was an epileptic seizure that killed Davis.

“He literally lived every day as it if were his last,” a GoFundMe page says. Money raised will help the family with funeral expenses and the work to preserve Davis’ legacy. “As usual, his beautiful wife Tiffany was by his side at the very end. She would be the last face he saw when he took his final breath. A peaceful farewell.”

The illness forced Davis to quit his day job, but pushed him to the iPad, a gift from Tiffany, who saw his need for the outlet.

“Nick vowed to never let the disease define him,” Davis’ family added. “...he poured his heart and soul into his art. Nick spent countless hours per day perfecting his craft. Wherever he went, his iPad and pencil remained by his side. He was always prepared when inspiration struck.”

A recent work, “Underwater Blues,” is accompanied by a Nina Simone quote that says, “To me, we are the most beautiful creatures in the whole world. Black people. And I mean that in every sense.”

Davis started to move into animation in his latest phase, and his last social media message, posted a day before his passing, quoted the late “Golden Girls” star Betty White: “It’s your outlook on life that counts. If you take yourself lightly and don’t take yourself too seriously, pretty soon you can find the humor in our everyday lives. And sometimes it can be a lifesaver.”

Davis’ story, and the way he so beautifully expressed the complicated emotions he felt inside, certainly lifted the Bay area up, and his memory won’t soon be forgotten.