The college is coming out after going dark during the pandemic. 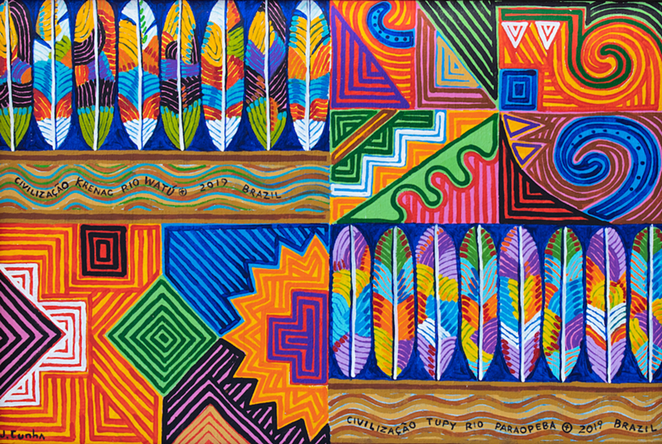 "The school was closed anyway, and as it rolled into fall [2020], they weren't sure what they wanted to do," HCC Galleries Director Amanda Poss told Creative Loafing Tampa Bay. "As it got closer to spring [2020], they approached me with the idea of having a cohesive gallery team for both campuses." Now, Poss, Emiliano Settecasi and Michael Murphy oversee both spaces.

The team resumed exhibitions at the Ybor Gallery—aka Gallery 114—in spring 2021 with “Ry McCollough: Themes for the American Kestrel.”

"The campus was still pretty closed down, there wasn't a lot of access, and people were still staying home pretty much," Poss told CL. "We were only open by appointment."

Now that a COVID vaccine is available and the campuses are more open, HCC Gallery 114 and 221 are bringing back standard hours. And with that comes an exciting schedule of art shows at both galleries throughout the fall season.

At the Dale Mabry campus Poss resumes the interdisciplinary shows Gallery 221 is known for (find 221 on the second floor of Learning Resources Center (DLRC) at 4001 W Tampa Bay Blvd).

"What we've done for a long time at Dale Mabry, is understanding that this is not the arts campus hub," Poss told CL. "We have some art classes, art appreciation, and of course humanities, but we really never could rely on a bevy of readily available art students to come to our events. So those exhibitions have always been tailored towards the different departments and classes that we do have. That's why we have a lot of exhibitions that take on social justice or things that are strongly aligned with the humanities. Or often they'll take a scientific lean or environmental focus, because they go along with the kind of classes that we have there.”

“Vision, Power, Axé” (Aug. 16-Oct. 28) The launch of Gallery 221’s season is an exciting exploration of Brazilian art and culture inspired by a research trip Poss took to Bahia in Brazil. She spent about three weeks in the City of Salvador—the epicenter of Afro-Brazilian culture in Bahia—soaking in the scene and visiting the studios of contemporary Afro-Brazilian artists. You’ll be able to see work from six of these artists at Gallery 221 this fall.

"Uncaged Art" (Nov. 8-Dec. 2) The traveling exhibition comes to HCC Dale Mabry thanks to a collaboration with anthropology. Its artwork made by young asylum seekers at the Tornillo detention center in Texas before it was closed,” Poss told CL. "At the end of 2018, a couple of social studies teachers at the detention center—the largest detention camp for asylum-seeking children in the U.S. at the time—encouraged their students to make art about their homelands, the architecture, the culture, the things that they were proud of or that they missed. As a result of that simple assignment, they made hundreds of artworks. But when the center was closed in 2019, they all almost got thrown away. One of the priests for the center saved a handful. From that handful, they started taking pictures…"

Uncaged Art presents the photographs of that student artwork. "The artworks speak to their resilience despite some of the pretty awful conditions a lot of them were in,” Poss told CL.

"With all of those artworks, we're putting more on display around the two campuses, but we have a pretty great collection, especially highlighting artists from our region," Poss told CL. "One of the things we wanted to do was have them up on a more regular basis, similar to a museum, where you might go and see things from the collection and also have rotating exhibitions. I think this will give students more opportunities to have a sustained dialog with the artwork, and for the faculty to develop research projects and assignments around it."

"Illsol: A Paradoxical Synthesis" (Aug. 16-Sept. 23) The opening of the Ybor City gallery’s season. “They were a great choice,” says Poss, “because in Ybor, you can see a lot of the street art. And of course, Tony Krol and Michelle Sawyer have done murals all over Tampa, some not too far from where the campus is." Opening reception Thursday, Sept. 16, 5-8 p.m. with an artist lecture at 6 p.m.

"Por Todas Partes: Alejandra Gotera and bujikimo" (Oct. 4-Nov. 10) Curated by Emiliano Settecasi who now curates about one show a year at HCC Galleries. “Por Todas Partes,” which roughly translates to ‘all the parts,’ highlights the ‘all over’ approach to painting that arose out of the Abstract Expressionist movement.

“All over” basically means painting all over the canvas, without giving emphasis to one particular section. In this contemporary take, Settecasi presents the work of emerging artists Alejandra Gotera and bujikimo, who essentially paint all over everything. “Abstraction plays a heavy part,” says Poss, “but also, they paint on unconventional surfaces. There are rumors of a couch being here that will be covered in paint…" Opening reception Oct. 7, 5-8 p.m. with a panel discussion at 6 p.m.

Shaq’s back, and the Bucs should beat the Eagles 34-21 to open the playoffs