In Tampa, Stageworks’ ‘12 Angry Men’ brings every facet of mid-century masculine Americana to the fore

Stageworks Tampa
Juror no. 3, Jim Wicker, in Stageworks’ ‘12 Angry Men.’
Just before the house lights fade as the audience settles into seats at Stageworks Theatre’s nostalgic courtroom drama, “12 Angry Men,” you have to smile as Karla Hartley’s pre-show music croons, “please release me, let me go,” foreshadowing the arguments to come.

Sixty-eight years have passed since Reginald Rose first indicted our society through his 1954 courtroom TV drama, which is best known as a 1957 film starring Henry Fonda as the lone voice of reason thrust into a jury of peers who represent the Eisenhower years’ version of diversity—white men who come from a variety of blue and white collar jobs. Some subsequent productions have modernized the jury pool through gender and color blind casting, but despite the universal themes, it’s a period piece as written. And Stageworks’ decision to treat it as such pays off in spades in this beautifully conceived and carefully wrought production by director Rosemary Orlando. The visual elements at Stageworks have continued to grow in recent years and this is a supreme example. Set designer Frank Chavez transports us with towering Corinthian columns inlaid with green marble and a trio of monumental divided-light windows. There’s a polished wood conference table, a dozen red leather chairs, a water cooler with paper cone cups and a handsome mid-century coat rack lingering upstage looking like a four point buck. Jo Averill-Snell’s lighting adds a nostalgic golden glow reinforced by the largely monochrome palette of Marilyn Gaspardo Bertch’s splendid period costumes. Director Orlando and her team conjure up a stunning finishing tableau.
Rose has taken care to pepper the jury with a series of archetypes from the American diaspora, which allows for the explosive collision of ideologies as we move toward the ultimate conclusion. Every significant binary (among white men) is present to exploit: age, education, sociology-economic origin, tolerance, formal/informal, hesitant/brash, bullying/meek, etc.

A poor man has ostensibly been stabbed to death by his 16-year-old son, who is the product of a filthy neighborhood and a broken home. As thoughtful juror no. 8 (Ned Averill-Snell) compels his fellows just “to talk” on the path to reasonable doubt, every facet of mid-century masculine Americana comes to the fore like a bumper car ride. It’s a rocky road as the evidentiary dominos fall. “Sometimes, the facts that are staring you in the face are wrong.” The major antagonist is the opinionated, yet wounded, Juror no. 3 (Jim Wicker) filling the shoes of the intense Lee J. Cobb, of “Death of a Salesman” and On the Waterfront” fame. Both major actors here are experienced and have proven their street cred in Tampa Bay many times over; as they do again in the two marquee roles.

The surprise comes through the contrast of two low keyed supporting roles that director Orlando uses to balance the action to great effect. Hugh Timoney (Juror no. 9) embodies the quiet dignity of an elder and Jim Risgaard is pitch perfect as an immigrant watchmaker (no. 11) channeling Lt. Col. Alexander Vindman as an unwavering advocate in the search for what is right.

Two of the more colorful characters keep the energy up and the blood rushing, James Fitzgerald Swallow (no. 7 flashy, glad-handing salesman) who is more concerned with making his baseball game than justice, and Paul Palmisano (no. 10 loud-mouthed bigot) whose overwhelming prejudice leads him to never doubt. “If we don’t smack ‘em down, they’re gonna own us” he proclaims as though he’s a Tucker Carlson clone. Let’s hear it for fear.

"As the drama reaches its inevitable conclusion, we’ve seen the ugly truth about human nature that haunts us still. "

The smaller characters are largely written as one-dimensional, but director Orlando and the actors bring them to life with clarity: Ryan Sturm (no. 1 petty and formal foreman), Ryan-Patrick McLaughlin (no. 2 meek banker), G. J. Thompson (no. 4 logical stockbroker), Lenny Agnello (no. 5 up from the slums), Jakob Nordstrom (no. 6 quiet house painter) and Matt Acquard (no. 12 distracted ad man). The evening is a roller coaster study of justice, prejudice, doubt, class, and the sometime volatility of fathers and sons.

As a Black colleague reminded me when I blanched at the O.J. Simpson verdict, rich white guys have been getting off for years. Money buys good lawyers, and the show’s unnamed defendant of vague origins has none. If you’re lucky enough to have access to cash, a high-priced jury consultant can supervise mock trials to provide acquittals a la Kyle Rittenhouse. And sometimes you just get lucky as in the George Floyd and Ahmaud Arbery verdicts, but justice doesn’t bring back the dead.

As the drama reaches its inevitable conclusion, we’ve seen the ugly truth about human nature that haunts us still. Wherever you go in the world, people fear the “other.” We mask our personal pain which inevitably bursts forth as unacknowledged bias. The play resonates so vividly that my audience burst into applause more than once. It’s not just because we’ve failed as a society to provide equal justice, but that those same impulses now threaten the very underpinnings of our democracy. Settled science based in facts somehow has become political. Life-saving vaccinations are dismissed and climate change mitigation to assure the survival of our species is kicked down the road like the proverbial tin can. Sadly, Stephen Hawking's admonition still endures. “The greatest enemy of knowledge is not ignorance, it is the illusion of knowledge.” 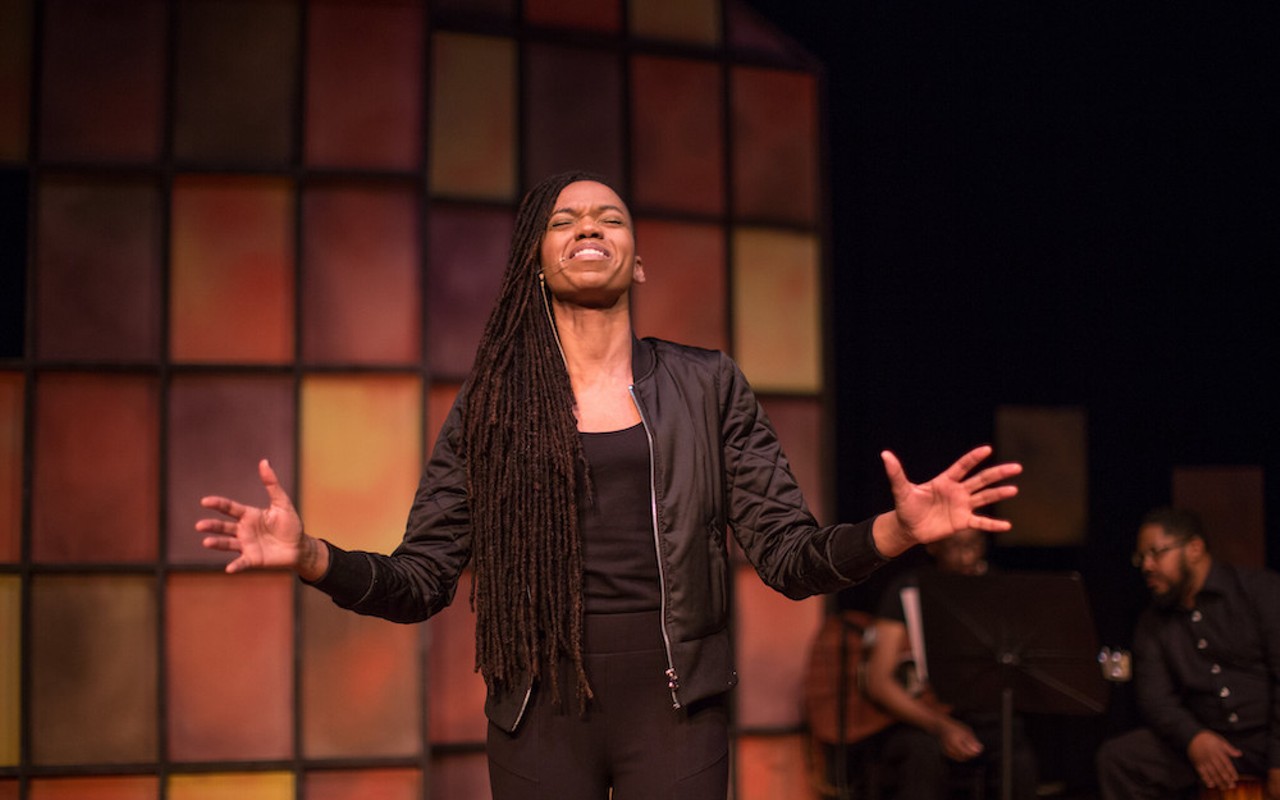