No cosplay allowed if you’re 14 years old and up. 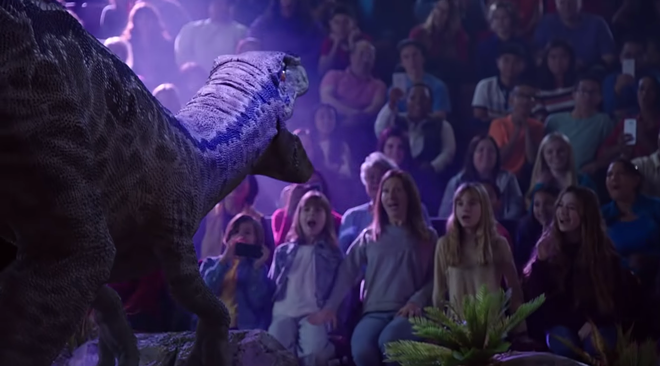 A Jurassic World live-action show is coming to Tampa’s Amalie Arena to stage six shows between January 3-5, 2020. And while there won’t be any real-life dinosaurs onstage (they’re extinct, kids, sorry), the tour does promise fans a thrilling trip to Isla Nublar, where the Indominus Rex escapes to wreak havoc on the show.

The Feld Entertainment production clocks in at just under two hours, includes more than 20 characters and promises to show off some of the film series' “most iconic dinosaurs” including Blue the Raptor, Triceratops, Pteranodons and T-Rex. The show will also unveil an all-new dino named “Jeanie.”

Cosplay is allowed, but only if you’re under 14 years old. Yeah, you read that right, there’s a restriction on who can cosplay. Talk about prehistoric.

Tickets go on sale to the public on Tuesday, April 2 at 10 a.m. EDT, and an early access code (ISLA19) is available via Facebook. More information is available via jurassicworldlivetour.com.

Who's bringing the mushrooms?