The comedian and Mike and Molly star comes to the 'Burg. 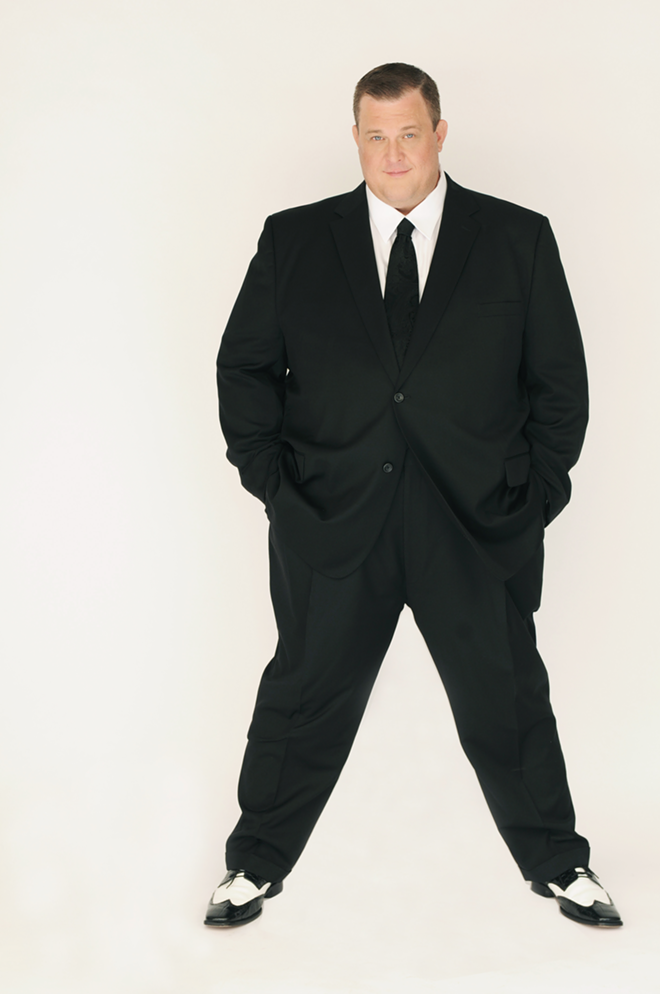 Billy Gardell is a stand-up comedian best known for his role as Mike Biggs on the CBS sitcom, Mike and Molly, which finished its run after six seasons this past May. Gardell has since made the transition to hosting the gameshow Monopoly Millionaire’s Club, and will be soon debuting as Col. Tom Parker in the CMT series Sun Records in February.

Gardell continues to take his comedy on tour but still took the time to give us a call to talk TV, football, and comedy.

We have something in common. We were both born in Pittsburgh and moved to Florida as kids. Do you think living in Florida gave you an advantage in comedy?

No. My humor kind of comes from Pittsburgh. There’s a don’t-take-yourself-too-seriously-kind-of vibe.

So, are you a Steeler fan?

Oh hardcore. I’m on my way to the airport to head to the game this weekend. I’m very excited Miami is coming up and it’s going to be 19º … And don’t succumb to the dark side down there in Tampa. Stay with your Steeler roots.

What was it like working with Melissa McCarthy for six years on Mike and Molly?

She was fantastic, man. As sweet and charming as you’d think she’d be and is a dear friend.

You've made appearances on hit comedy shows such as the King of Queens and My Name is Earl. When working with Kevin James and Jason Lee, do you as a comedian feed off them when acting?

You know what, I’ve enjoyed every job I’ve had. I’m so grateful for how my career tuned out and got to work with some spectacular people.

You have had an eclectic career, starting off with stand-up, then starring in a hit sitcom, then moving turning to a gameshow host, and now you will be in a drama on CMT. What’s that about?

It’s a drama called Sun Records. It’s about the beginning of rock n’ roll in Memphis and I will be playing Col. Tom Parker, Elvis Presley’s manager. It takes place around 1962.

Memphis, eh? Do you have a cool accent in the show?

Yeah, I sound like a Walter White version of Fog Horn Leg Horn.

Are you looking forward to being part of a television drama?

Yeah, man. I’m very proud of what I’ve done with the show.

Mike and Molly took place in Chicago. Do people really recognize you more so than other cities when you do stand-up shows there?

Yeah, I get a lot of love in Chicago from Mike and of course they give us the home-town love, but I’m also a Pittsburgh boy at heart, so when I go home there …

Chuck Lorre is known for creating some of the biggest and most-watched sitcoms. What was it like working on another show he created and did that influence your decision to be a part of the show?

Yeah, that’s like getting signed by the Yankees, man. That guy just knows how to do it and do it at the best level. I was lucky enough to land on one of his shows. You feel like it’s something special. Even from the beginning you see what your chances are of getting on the air and succeeding.

Making the jump from as a comedian with a sitcom, to a game show host, did you feel like being a comedian helped you make that transition smoothly?

Yeah, I think it's just easy for comics to do that because the first thing you’re taught as a comedian is "host the show." So the game show thing just an easy transition for us and that’s why you see so many guys able to do it, Drew Cary, Craig Fergusson …

So any other big plans for the future?

Is it not enough I’ve got another TV show going on? Is that not a one-in-a-million shot in itself? And I’m very happy still touring as a stand-up comedian.

Make sure to check out Gardell’s act on Jan. 13 at the Mahaffey Theater.

Colin O'Hara, Intrepid Sports Reporter, writes about sports for Creative Loafing and is the only CL writer ever  banned from a certain Croatian stadium, which makes him sort of a bad-ass. Follow him as he Tweets smart-ass sports shit...
More
Scroll to read more Local Arts articles
Join the Creative Loafing Tampa Bay Press Club