My wife marched for me: A privileged white guy's story

“You grew up in a rich family and went to private school. What do you have to complain about?”

Jon Kile
This privileged white dude literally did everything right — insurance not from ACA and all — and he could still get screwed by the system.
Two weeks ago my wife asked me if she could go to the Women’s March on Washington. Only, in asking, she wasn’t asking, because I don’t tell her what to do under typical circumstances, and I certainly wasn’t going to tell her not to join the biggest movement of our generation. But why would a well-educated white woman living in a nice neighborhood want to deal with the discomfort of inauguration and protest crowds on the one weekend people like her should avoid D.C.? Or as one guy (the type who wears a golf visor and hangs out in the country club bar drinking Fireball) said on social media, “You grew up in a rich family and went to private school. What do you have to complain about?” People think the rich shouldn’t care about anyone else.

When I was born 43 years ago, one thing was fairly certain: My life wasn’t going to be particularly difficult. Even when my mother passed away suddenly when I was five, things were taken care of. My dad was (and still is) a stable force who taught integrity and love. We lived a solid middle class life with a charming house, family vacations and cable television. Even when we moved across country to Florida, leaving my adult siblings in California, I had everything I needed to succeed. Life without my mother would have proved much more challenging if I hadn’t been born a white male. I went to a good state school, cheered on my football team and graduated with a job in hand. 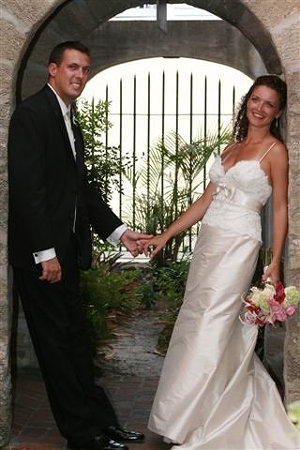 Kellea LeSage, EternalCrown Photography,
Without being brilliant at anything, I always cruised. I landed good jobs in different cities, made great friends and led a life that always treated me more than fairly. By 40, I had a successful career, a comfortable life and a wonderful family.

At the age of 42, my seemingly healthy body suddenly gave out in a series aneurysms and an aortic dissection (see John Ritter and Alan Thicke). Emergency open-heart surgery to replace my entire aortic root and ascending aorta saved my life. I survived the unsurvivable. DNA tests revealed an untreatable genetic vascular condition called Vascular Ehlers Danlos Syndrome. I have the kind of insurance everyone should have regardless of resources, access to excellent doctors, and I managed to recover enough to get home to my beautiful wife and two kids. It was not easy and the outcome has never been certain. Even facing a serious and lifelong medical challenge, I somehow managed to prepare, having bought (at my wife’s insistence) a sturdy disability policy that protects my family should I not be able to perform my job the way I once could. Through multiple tragic situations, I feel fortunate. My life is still better than most.

My wife drew the short end of the stick. She didn’t know marrying me would present a painful challenge. I, on the other hand, married the perfect combination of brilliance, beauty and determination. A college dean where I once worked pulled me aside and stammered, “She is stunningly beautiful.” And he was right. When we walk into a room together, I know how lucky I am that she chose me. And when she speaks, people listen. When life handed us a challenge that we’d face for the rest of my life, and affects the lives of our children, my wife put us all on her back and fought.

My wife has always been very serious about fairness in the world. While she has never been rich, she knows she’s fortunate. With the inexplicable election of a man who lacks the intellect to pass a US citizenship test, talk of repealing the ACA became very real. Already repulsed by his vulgar treatment of anyone not like him, she could not remain silent. Even though we have outstanding health insurance, she saw how this would impact us, and the future of our children — and you, dear reader. You.

It doesn’t matter if you have insurance through Obamacare or a Fortune 500 company. Because of the use of lifetime caps and exclusion of preexisting conditions, the repeal of the ACA threatens to ruin the life’s work of every American in this country who doesn’t find themselves independently wealthy. Prior to the ACA, many policies set lifetime caps of $1 million or less. This sounds like a lot. But I had seven surgeries in less than a year and spent more than 40 days in the hospital. I made a typical “lifetime cap” look like a copay. One more minor issue and my family would be bankrupt. And we did everything right.

My wife has refused to accept what everyone seems to believe is inevitable, that the ACA is history and Americans are going back to existing one medical issue away from bankruptcy. Your family is one cancer diagnosis, one heart attack, one car accident, one aneurysm, one uncontrollable event away from destroying a lifetime of doing everything right. And that is wrong.

While I enjoyed the privilege of being born a white middle-class male with every advantage that comes with it, my wife sees the threat that everyone faces with the destruction of the compassion, spirit and dignity of this beautiful country. The days of minority and marginalized people fighting the system on their own are over. We’ve all become marginalized.

If you read this and think, “That’s not me. I voted. I worked for everything I have, and so should you,” consider this: I worked for everything I have. I voted. And these changes still impact my family's future — my future. If you think that can't be you, you're missing the reality: You are one moment away from being powerless in controlling your future, and they don’t care. The leadership of this country has revealed their true feelings for the sick and disabled. We already knew how they felt about the non-white. Their dismissive attitude toward those who marched in every major city shows that their disdain extends to every woman in your life. The Women’s March was for everyone. I sleep well at night because my wife has my back.

And she has yours too. In between having arteries replaced and making lunch for his kids, Jon Kile writes Self Publishing Notebook for Creative Loafing. He's also the author of The Grandfather Clock, a thriller that starts in Florida but takes the hero to France to deal with the Nazis. Seriously. The sequel, The Napoleon Bloom, will be out in 2017. He promises. Jonathan gets his email at [email protected].