A decade of grassroots organizing, and the city's historic designation, has opened the door. 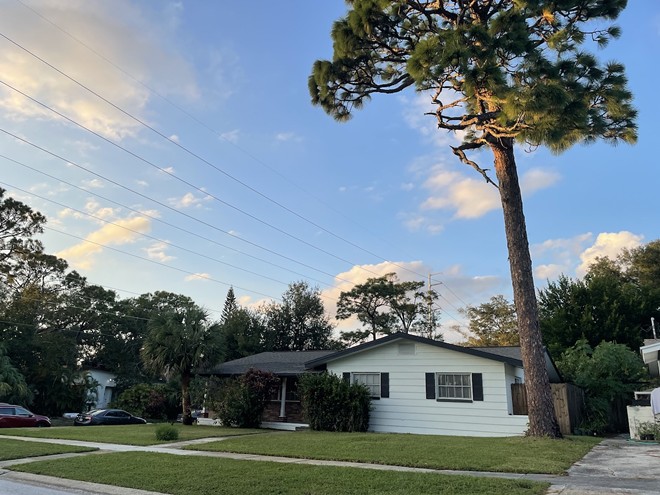 Photo by Arielle Stevenson
Built in 1963, Kerouac lived at 5169 10th Ave. N with his third wife, Stella Sampas, and his ailing mother, Gabrielle.
Since 1990, Jack Kerouac’s St. Petersburg home in Disston Heights has been a kind of tomb. During that time, many a writer or creative or curious history nerd graced (some might call it trespassing) the somewhat abandoned steps of the house where the king of the beatniks breathed some of his last breaths. It was a kind of right of passage because no one else knew or seemed to care that Kerouac once lived here in this sleepy little neighborhood. Even Kerouac couldn’t believe he ended up here, describing St. Petersburg as “the town of the newlywed and living dead.”

Last week, the Kerouac house finally came alive again after nearly a decade of grassroots organizing. A porch party hosted by Preserve the Burg and the new owners invited folks to tour the home and imbibe. Local poets read their words to the soundtrack of local jazz on the screened-in porch. 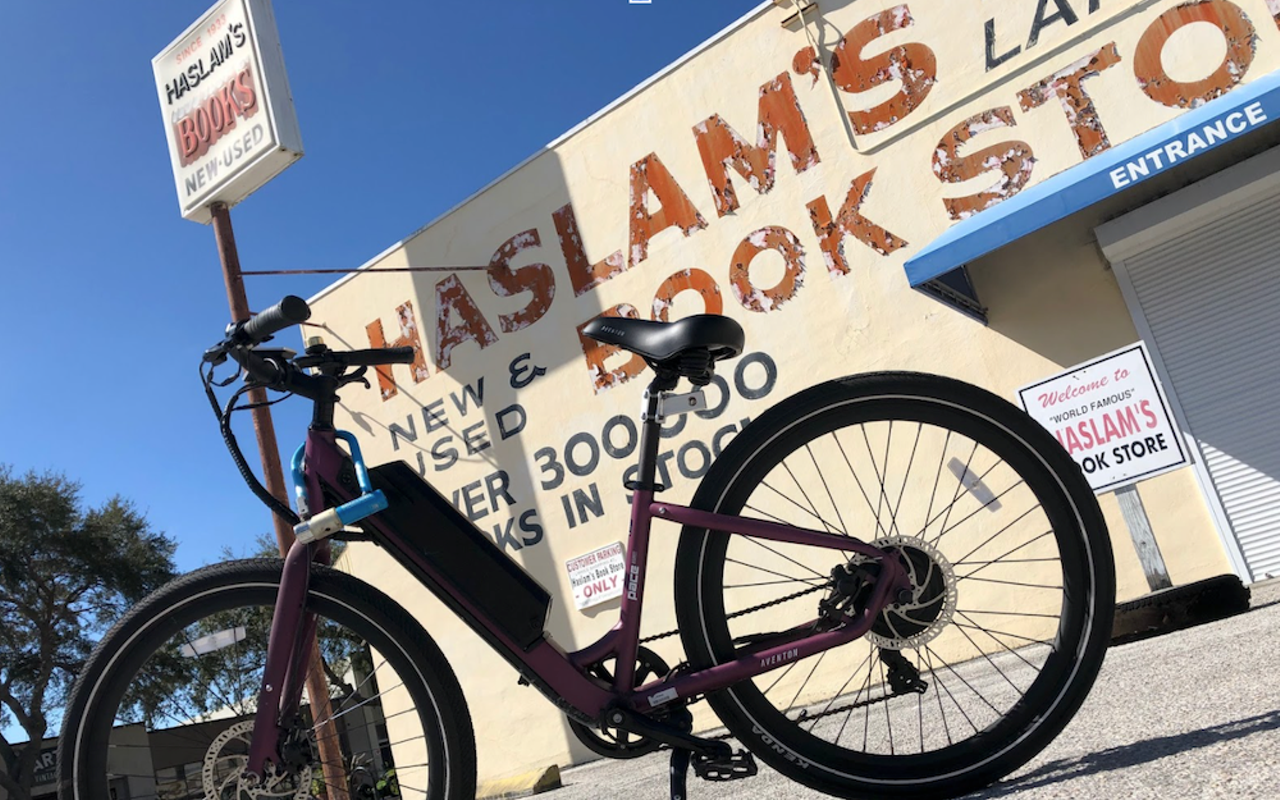 Built in 1963, Kerouac lived at 5169 10th Ave. N with his third wife, Stella Sampas, and his ailing mother, Gabrielle. They moved into the three-bedroom, three-bath concrete block home in 1967 and lived there until he died in 1969. Jack was gone 53 years last month.

The nonprofit Friends of Jack Kerouac hustled to raise the money to purchase the house from the estate two years ago. The Kerouac estate had promised the group six months to come up with the money but ended up selling to house flippers for $80,000 less than the $300,000 asking price.

“I was in the group trying to buy the house from the Kerouac estate for over a decade,” Jeff Schorr, owner of Craftsmen House in St. Pete, said. “We had almost raised the money when I got a call from the nephew that the house had sold.”

Schorr contacted the new owners and begged them not to change too much. Anyone in Florida knows the power of house flippers trying to change over a new property. The ceilings were collapsing, and the home was infested with rodents. Thankfully, the flippers listened and kept things era-specific when renovating the interior and shingle roof.

Photo by Arielle Stevenson
Last week, the Kerouac house finally came alive again after nearly a decade of grassroots organizing.
The new-new owners, Ken and Gina Burchenal bought the house on a whim in late 2020 for $360,000. Originally from Clearwater Beach, Ken is a retired literature professor. He and Gina moved back to Florida from Austin, Texas, in 2017. Ken’s family once owned a longtime Odessa citrus farm, Cee Bee’s Citrus, until it sold in 2018. When they visited the Kerouac open house in 2020, they wanted to invest in a property, but weren’t planning on buying a historic home.

“Our daughter told us about the open house, and we thought, let’s go down there,” Gina Burchenal said. “We fell in love on Saturday and made an offer on Sunday.”

Since then, they’ve started a nonprofit for the home, the Jack Kerouac House of St. Petersburg Inc., and began working with the estate.

“The community has opened its arms to us,” Gina said.

Because the house is in a residential neighborhood, it can’t entirely be a full-fledged museum. But tours through the home, writer residencies, folk shows, and porch parties will continue bringing the public into the space. And artists like myself are eager to create their own work inside, hoping a little of that Kerouac magic might rub off.

Kerouac once said, “I’m not a beatnik. I’m a Catholic.”

Walking around his St. Pete home, that seems true.
The original wooden furniture is simple, and the wallpaper in the kitchen from the 1960s features crockery and fruit. The library near the porch is floor-to-ceiling dark wooden shelves filled with books. The terrazzo floors are recently polished and gleaming. In the back room, there’s a staged Royal Typewriter, the same kind Kerouac used starting in 1957.

“There’s even a letter to a friend, where Kerouac is talking about how he had just purchased this new typewriter, and he was excited about it,” Manny Leto, Executive Director of Preserve the ‘Burg, told Creative Loafing Tampa Bay. 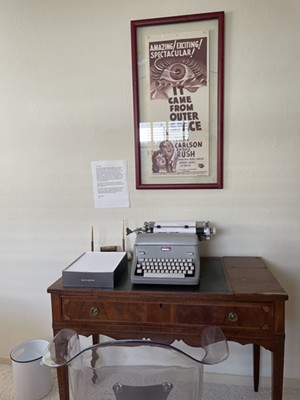 Photo by Arielle Stevenson
In the back room of the Kerouac house in St. Petersburg, Florida, there’s a staged Royal Typewriter, the same kind Jack used starting in 1957.
The walls are filled with art of Jack, done and donated by artists from near and far. There’s the wooden console record player that Kerouac played Handel’s “Messiah” on blast when St. Pete Times reporter Jack McClintock came knocking for an interview in the fall of 1969. He was drinking and lonely back then, angry he hadn’t made more money. That was weeks before Kerouac died at St. Anthony’s hospital on October 21, 1969.

In a rare move, St. Pete’s City Council unanimously approved the owners and Preserve the Burg’s joint application for historic designation in June.

“A historic designation is the highest level of protection,” Leto said.“It’s the only thing that ensures a historic property cannot be demolished or significantly altered.”

One hundred years after he was born, Kerouac’s home is safe from the ever-impending bulldozers. Even better, the space is accessible to the community. That alone is cause for celebration and one of the rare historic preservation victories in a constantly in-flux Florida.