Obama, Blagojevich and the wisdom of Kipling 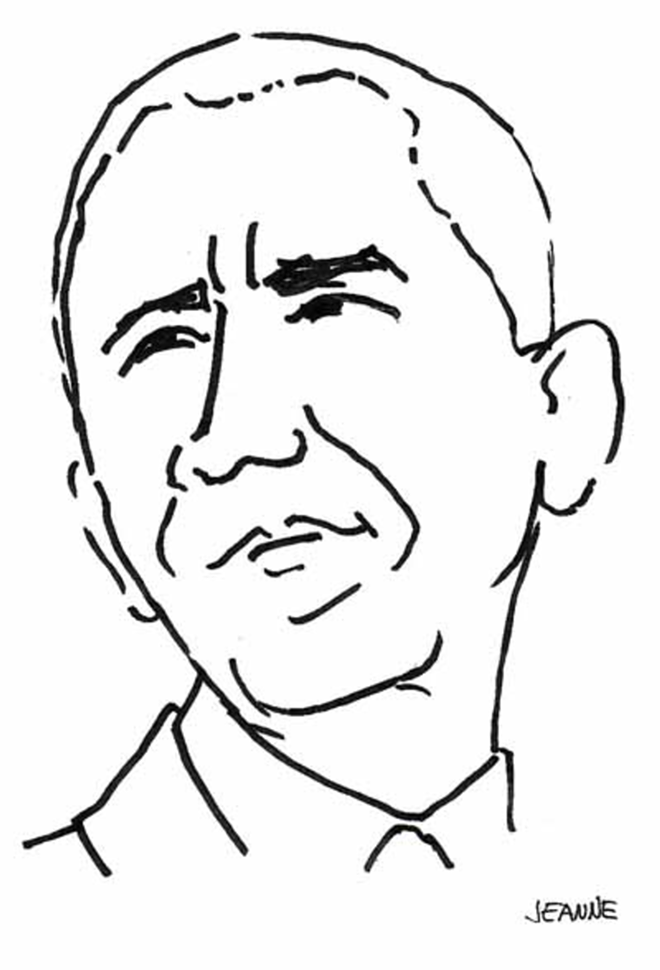 Jeanne Meinke
STAYING ABOVE IT ALL: Yes he can, if he thinks he can.

If you can dream — and not make dreams your master;

If you can think — and not make thought your aim;

If you can meet with Triumph and Disaster

And treat those two imposters just the same;

If you can bear to hear the truth you've spoken

Even pompous clichés can be true, and with Barack Obama's marathon to the presidency almost completed, the victor could do worse than read Kipling's "If" a few times, to keep his tired feet firmly on the ground. The fact that Governor Blagojevich recently quoted the same poem just shows the limitless uses of a work of art.

I'll admit to an unfashionable fondness for the old British imperialist (1865-1936), perhaps because of his Just So and Jungle Book stories I read as a child; or maybe because he's the subject of the first off-color literary pun I can remember: "Do you like Kipling?" "Not sure —­ I never kippled." (Maybe it's my mind that's off-color —

The Jungle Book stories beg the leopardish question, "Can John McCain change his spots?" And the answer, little dreamer of dreamsss (to speak like Kaa the Python), is that he apparently can. It didn't even take him 10 days, like Kaa shedding his skin. McCain jumped into his spotty mode as easy as an alley cat on a garbage can and didn't come out of it until his gracious concesssion speech. Which skin will he be wearing when he pads back to the Senate?

Throughout the campaign, on the other hand, Obama remained remarkably same-skinned. When called an elite unpatriotic Marxist-Socialist terrorist by Sarah Palin and the rest of McCain's carnivores, he stuck to his thoughtful, generalized speeches — not passive, but not getting involved in the tit for tat of personal insults. His choice of Hillary Clinton as secretary of state fits in with this confident steadiness.

We should be proud of our country for repudiating the Darwinian politics of division and fear practiced by both the Bush administration and the McCain campaign. The world looked on and saw that America had risen to the occasion, in a fair, mostly honest, and nonviolent election.

Hope is high. Around the universities, especially, everyone seems happy. Addressing a group of writers recently, I dedicated a poem to Obama's election, noting that this outcome should please the entire audience, except for those poets making over $250,000 a year. (Several liars raised their hands, shouting "Me!")

The biggest problem facing the Republicans may be that their strongest supporters were the least educated states: Alabama, Arkansas, Louisiana, Mississippi, Kentucky, Tennessee, etc.; and even there, Obama won in places like Jefferson County where the University of Alabama is located. This is a poor platform to build on. Although several recent books (e.g., Closed Minds? Politics and Ideology in American Universities, by Fritscher, Smith and Mayer) demonstrate that the notion of liberal professors pushing students leftward is a "complete fantasy," it's true in general that the higher the education, the bluer the state. (Well, duh!)

Despite the lopsided outcome, it should have been more lopsided. I felt sorry for Palin — a young pit bull thrown into the fighting ring, she was badly used. In the Jungle Book, Mowgli, in a similar situation, got a lot more help from the animals. (Humans, Kipling points out, are the nastier species.) Still, over 58 million patriots, roughly the population of France, believed that placing Palin near the presidency of the United States was a proper thing to do, despite, among other things, her belief that the Iraq war was God's will. One glance at the Mideast should show us what can happen when religion gets a clawhold on the State.

Because of the interminable length of the campaign, it's not surprising it got so nasty: only natural to keep upping the "anti-" ante. But America's psyche was stressed by the barrage of falsehoods flooding the blogs and robo-calls, popping up again as a result of the idiotic Blagojevich scandal. The question is, "Should Obama (and we) just go on, ignoring the nastiness?"

is what George Bush promised to do. "I'm a uniter, not a divider," he famously said, which is up there with his "Mission accomplished!" In the Beware-of-What-You-Wish-For school, he eventually did unite the country, to the Democrats' delight.

But Obama has the smarts and the temperament to do this right.

In Kipling's short story "Mary Postgate" (1915), a repressed elderly servant in England's countryside finds a wounded German airman in her employer's back fields. With a passion that seems to rejuvenate her, she (blaming him for the bombing death of a village child) waits by him, deaf to his pleas, without sending for help, until he dies. "'That's all right,' said she contentedly, and went up to the house..."

It's a shocking story, but we, too, like Mary Postgate, should let the unsavory specter of the 2008 election die, take a hot bath to cleanse ourselves, and get back to business.

Peter Meinke has been out of business since 1993, when he retired from Eckerd College. His latest book is Unheard Music, a collection of stories.