Peeking in on Bryan Cranston and the filming of The Infiltrator

St. Pete Beach catches some stardust as a major motion picture subs the Don for a Miami Beach resort. 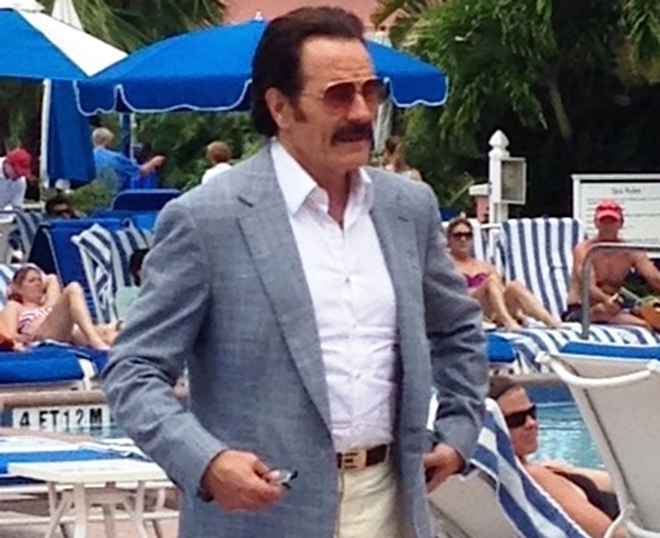 
The Loews Don CeSar Beach Resort out on St. Pete Beach got all done up for Walt — excuse me — for Bryan Cranston as filming for the upcoming crime drama The Infiltrator got underway in Tampa Bay this past Thursday.

The $47.5-million movie is based on the autobiography of the same name by Robert Mazur, a Tampa Bay resident and former federal customs agent who helped bungle a money-laundering scheme that had ties to Pablo Escobar, the infamous 1980s coke czar. 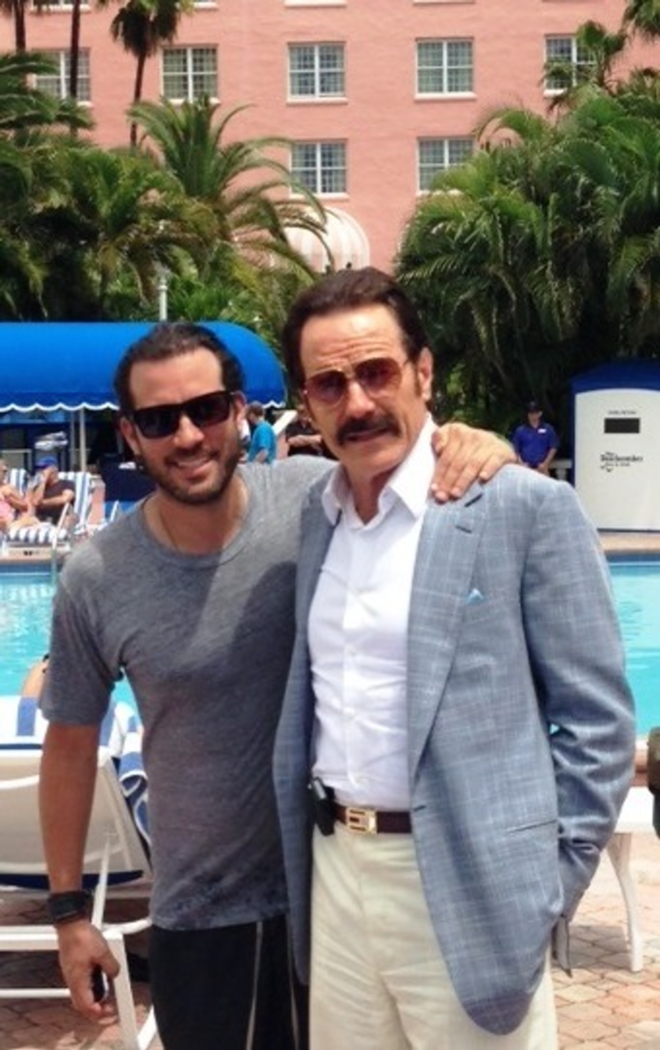 Jeff Abbaticchio/Don CeSar
DIRECTOR AND STAR: Brad Furman and Cranston.
Cranston plays Mazur, of course, who, in real life, got in tight with the cartels while using the alias, "Bob Musella."

The scene they were shooting around the pool at Don CeSar,  which is being portrayed as a Miami Beach hotel in the movie, depicted Cranston's Musella contacting his connect, Roberto Alcanio, a man who dealt directly with cartel higher-ups, including Pablo himself.

Extras around the pool were decked-out in funky '80s gear, and an old school pay phone was rigged up on the pool's deck. Cranston's Musella, who's rocking a big 'ol 80's caterpillar mustache for the flick, uses the phone to make the call to his contact.

Filming began in February of this year, in London, and is slated to hit Paris before it wraps. Tampa Bay will play the film's tropical, American drug-paradise over the next five-or-so days though, as the cast and crew makes their way around the area during filming.

Rumor has it that the Gulfport Little League field was used yesterday to film one of the final scenes of the movie. Lori Rosso, the President of the Gulfport Merchant's Association, said they rolled out a Porsche for the scene. They also borrowed a class of 6-year-olds from the Sun Flower School to use as extras.

According to the the local Infiltrator press release, more than 190 projects were shot in the St. Pete and Clearwater area last year, totaling more than $22 million in expenditures.