The Dalí Museum has been a boon for poets. 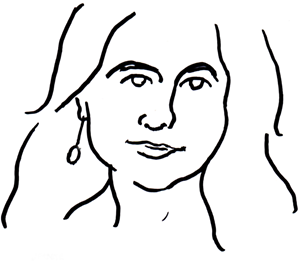 Walking By The Dalí Museum

slick clouds on the rainpeel

sidewalk  moving faster than i

and once in a while a bird beneath

my feet  a feeling of speed&light

the sky  above the mailboxhydrantstrees

three smokestacks belching at my toes

so what  my toes grow wings my knees grow

wings  my ears my nose my belly and yes

my wings grow wings i feel

of butterflies above the storm  i feel

the heels are growing noses this trip is growing

complicated that’s how I know its

Some time ago, St. Petersburg and USF St. Pete recognized the potential of an offer from Reynolds and Eleanor Morse of a major collection of Salvador Dalí’s work — the largest outside of Dalí’s home town in Catalonia, Spain. This foresightedness resulted in the opening of the Dalí museum on 3rd Street South in 1982 and, following its great success, the opening in 2011 of its waterfront home (designed by Yann Weymouth), with its Dalíesque rocks, glass entry and spiral staircase.

Dalí has an effect on everyone who contemplates his surreal, witty and often brilliant work. His influence on poetry may be a mixed blessing (too many indecipherable poems), but in general it’s been salutary (and fun, which is important). I often took my students to the museum, with their only instruction being to look closely and enjoy themselves. In different ways, Dalí’s paintings colored many of their subsequent poems. Mine, too.

So here’s a poem I think of as a Dalían Sonnet: written after seeing the sky reflected on a wet sidewalk, it’s a surreal and playful mixture of free association and hidden forms. Like a Shakespearean sonnet, it has an octet (eight lines) followed by a sestet (six lines), but surrounded by three extra rhyming lines (rainpeel, feel, real) — the first a made-up word from the slapstick idea of a banana peel (rain makes the sidewalk slippery). Written basically in free verse, it sneaks in two iambic pentameter lines (the basic rhythm of sonnets), one in each stanza: “the sky   above the mailbox/hydrants/trees,” and “of butterflies above the storm   I feel.” (That’s the same rhythm as “Shall I compare thee to a summer’s day?”) And instead of the regular sonnet “a/b/a/b” rhyme schemes, there’s semi-random rhymes (grow/toes/nose) and other close ones like flutter and butterflies.

More importantly, for some time now Helen Pruitt Wallace, St. Petersburg’s poet laureate, has been hosting the popular Poetry at the Dalí. On the second Thursday of each month, Wallace brings in a well-known poet (or two) for a free reading, and a lively q&a session with the audience. On Thursday, April 13, she’ll introduce us to one of America’s most honored poets, Jane Hirshfield. Come to the Dalí Thursday night at 6 p.m. and see for yourself.

An earlier version of “Walking By The Dali Museum” is in Peter Meinke’s Lucky Bones (U. of Pittsburgh Press 2014).