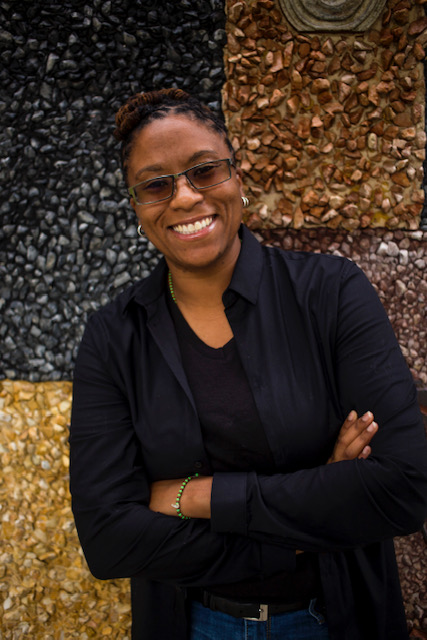 Founder of the lesbian reading festival, Alison Solomon, told with CL about the evolution of  ReadOut and what makes it different than other literature festivals in the area.

“I am a lesbian author myself, and had been to a couple different events before I realized that we have the community to support a lesbian writers event here in Gulfport,” Solomon says. “ReadOut is so beneficial to both the authors and the reading public.”

What strikes ReadOut as different than other lesbian celebrations, is that it has the support of public systems such as the Gulfport Public Library. This library has the only LGBTQ+ resource center in Florida, and organizes active LGBTQ+ programming year-round. Last year, the Gulfport Public Library even won a National Library Award for the work that its team does for the LGBTQ+ community.

In addition to the support from its public library, Gulfport has both a large lesbian and retiree community—and older people have more time to read, Solomon explains to CL. But each year, more and more younger people flock to ReadOut.

“Younger people may prefer the word queer, but in Gulfport, it’s still lesbian,” Solomon says with a small laugh.

Solomon says ReadOut belongs at the Gulfport Public Library, but perhaps sees her festival out growing its small confines in upcoming years. Only in its third installment, ReadOut has expanded exponentially since 2018.

“If it eventually outgrows the library, so much the better” says Solomon.

The entire ReadOut team is elbows deep in preparation for the third annual celebration of lesbian literature, with a few improvements and tweaks from last year’s festival.

This year’s ReadOut is a three-day celebration of literature, community, writing and self-improvement.The festival begins on Friday afternoon with a light dinner and readings by romance authors, one of the most popular genres of lesbian literature. Saturday, the longest day of the festival, focuses on this year’s keynote speaker Sheree L. Greer (pictured), author panels, and a show by Brooklyn-based lesbian performance art duo Nia and Ness. The festival wraps up on Sunday with a writing workshop lead by Greer, more author panels, and a group discussion on how cultural appropriation effects lesbian writers and literature.

Literary organizations like the St. Petersburg-based books store Tombolo Books, and lesbian literature publishers like Bella Books will sell their products in a separate room.

Not your typical festival, ReadOut is specifically designed to be completely accessible to anybody that wants to attend, as well as help attendees become better writers themselves. It’s for fellow lesbian authors that would like to discuss work, or for anyone who just enjoys the literature itself.

Thanks to a Florida Humanities grant, ReadOut 2020 can provide writers workshops and meals to its audience for completely free—a huge win in Solomon’s eyes.

“If you look at your average writers conference, they are so incredibly expensive. So many authors want to attend workshops but can’t afford them,” Solomon tells CL. “So we’re happy we can make ours open to all walks of life.”

Creating accessible, diverse spaces is a goal at the forefront of every ReadOut celebration.

There’s something that makes an event or organization thrive when it’s created out of a communal need for something. ReadOut is that something for the literary lesbian community of Gulfport. Lesbian authors noticed a lack of representation of their experiences in the greater literature community of Tampa Bay, and decided to create an annual event that not only honored everything about themselves—but opened the celebration up to the surrounding community.

ReadOut originally started as a one-off event, but the communal reception was too overwhelmingly supportive to stop after the first year.

“The only plans are to keep growing,” Solomon says through a smile.