The two won three Super Bowls together in Gronkowski’s short career as a Patriot. 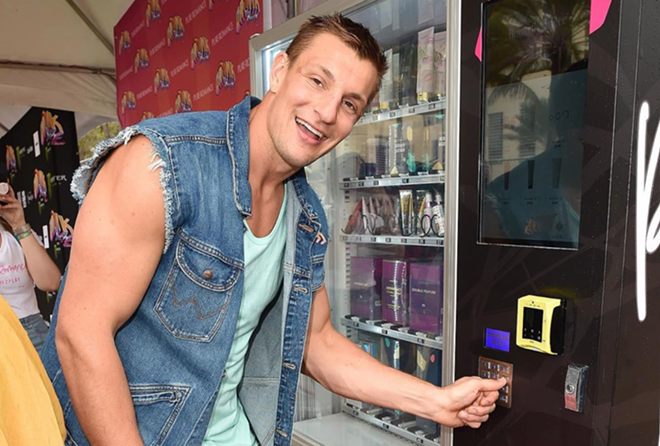 Wow, that was quick.

According to a Tweet from NFL insider Ian Rapoport at 3:45 p.m. Tuesday, former Patriot tight end Rob Gronkowski was interested in coming out of his one-year retirement to play with former teammate Tom Brady here in Tampa Bay.

Then, at 4:17 p.m. this afternoon, Adam Schefter tweeted that Gronk and a seventh-round pick are headed to Tampa in exchange for a fourth-round pick, pending a physical.

Together, Brady and Gronk won three Super Bowls together in Gronkowski’s short career as a Patriot before he retired to become a football analyst for Fox Sports and a WWE wrestler.

Gronk, who currently lives in Miami, recently won the WWE 24/7 Championship in March of this year, where he took the title from Tampa resident Titus O’Neil.

Now the Bucs have to worry about working that cap situation, as Gronk is owed $10 million on the last year of his contract, and the Bucs still need to have $7 million in cap space to sign their draft picks.

They could release some of their more expensive players (Cameron Brate at $4.25 million, Ryan Jensen at $10 million), or rework Gronk’s current deal to make it more team-friendly. Plus, OJ Howard has recently been included in trade discussions, and shedding his $3.5 million salary would certainly help.

Regardless of how it all shakes out, the Bucs are in good shape to at the very least sell a lot of tickets when the season starts.