Check out our guide to the can't-miss film fests in Tampa Bay. 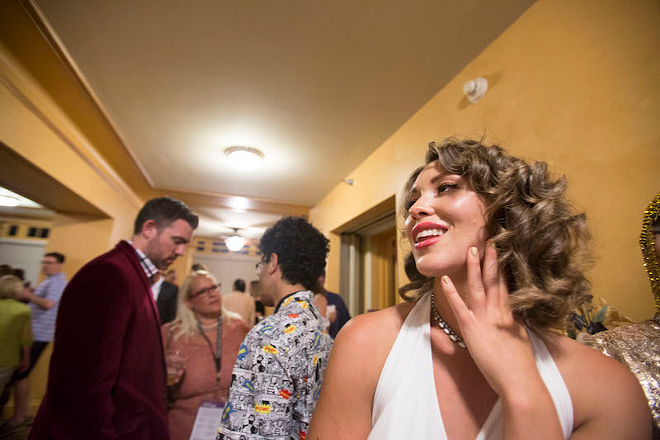 Just as all things flourish in the spring, so too do the local opportunities for cinema. Well before the summer heat and humidity, here’s a chance to enjoy new films, old classics and American and international film. It’s not just the area cineplexes hosting festivals, but college campuses and anywhere there’s a big screen and comfortable chairs for viewing. Consider the following as a way to get early insight into movies whose producers hope to break out of the festival circuit and into the mainstream distribution, and pick up some inside info on how the whole film business operates.

2019 Visions of Nature/Voices of Nature Environmental Film Festival
Two consecutive weeks with evening screenings of critically acclaimed films from around the world that speak to the ever-increasing environmental concerns. The second weekend will highlight student and emerging filmmakers, plus workshops designed to nurture their original visions and voices in film making. Film scholars and filmmakers from around the world will be here, talking about their documentary, animation, experimental and feature films. Feb. 21-Mar. 2. Miller Auditorium at Eckerd College, 4200 54th Ave. S., St. Petersburg. Free. environmentalfilmfest.com.

The International Cinema Series
The series presents critically acclaimed and important films from around the world (including independent and artistic American films) every week. There are restorations of honored classics as well as contemporary films that have captured the attention of critics at recent film festivals. Miller Auditorium at Eckerd College, 4200 54th Ave. S., St. Petersburg. Weekly, 7 p.m. Free. 727-864-7979, eckerd.edu/international-cinema.

Sarasota Film Festival
Having just wrapped its 20th year, Sarasota Film Festival is a standout in the regional festival game, luring celebrities and locals alike to its home turf south of Tampa. With panels covering topics as diverse as “Sports in Cinema,” “Women’s Comedic Voices,” and “Redefining Manhood,” SFF takes on the issues facing moviemakers today, unafraid to dive into the nitty gritty and hyper-specific. And if “wisdom is with the aged” — as some ancient proverb surely must go — then movie makers should delight that “older audiences turn out in droves,” notes a panelist.” April 5-14. sarasotafilmfestival.com.

Tampa Theatre’s WineFest 2019: Vino Royale
The event is Fest… WineFest… when Tampa Theatre presents Vino Royale, a Bond-themed fundraising weekend. And though the theme may be silly, WineFest’s purpose is most serious: Now in its 17th  year, this weekend serves as the landmark theater’s biggest annual fundraiser. Event chair Fred Zielinski notes that while James Bond may not have been much of a wine drinker, Tampa Theatre itself has a way of both shaking and stirring the hearts and minds of the community with its artistic and educational programming, as well as the 92-year-old movie palace’s ongoing preservation and restoration. They’d like guests to dress as their favorite Bond character. Feb. 22-23. tampatheatre.org.

Sunscreen Film Festival
The 14th annual Sunshine Film Festival and it promises to be bigger than ever. Sponsored by the St. Petersburg Clearwater Film Commission. Apr. 24-28, schedule TBA. sunscreenfilmfestival.com.

Ben Wiley taught literature and film at St. Petersburg College. At USF/Tampa, he was statewide Director of the Florida Consortium/University of Cambridge (UK) International Summer Schools. His interests are film, theater, books, and kayaking Florida rivers. Contact him here. Anddon't miss any event in Tampa Bay — subscribe to our weekly Do This newsletter!