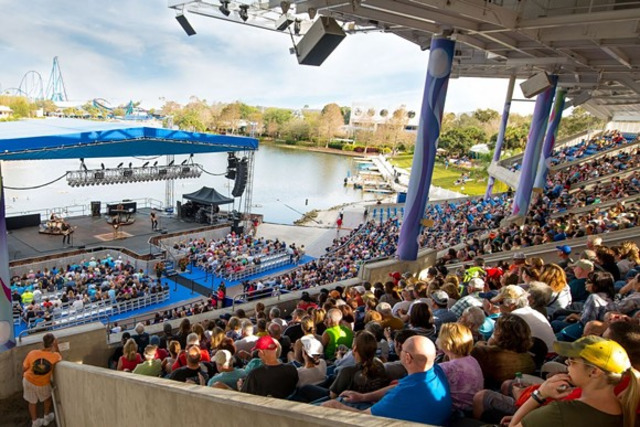 With impressive recent financial reports, including triple-digit net income and double-digit improvements in adjusted earnings, it looked like SeaWorld’s troubled waters were behind the Orlando-based theme park chain.

But that all changed Monday when the CEO, who had only been on the job for 7 months, abruptly resigned.

SeaWorld surprised many in February when it tapped Gus Antorcha, who previously served as COO at Carnival Cruise Line, as their new CEO. Since arriving at SeaWorld Parks and Entertainment, Antorcha has remained far less prominent compared to previous leaders, such as former CEO Joel Manby, who was known for bold moves like ending orca breeding.

Unlike Manby, who announced the orca changes via a live interview on "CBS This Morning," Antorcha instead seemed far less willing to discuss his vision for the company.

Hushed conversations regarding Antorcha’s interactions with board directors increased in volume in recent weeks. One person familiar with the internal workings at the company stated that leadership had been unstable, with Scott Ross, the board chairman, essentially running the company. Rumors of the board holding Antorcha back, using him as a way to present a more stable image to potential investors, were present since Antorcha’s arrival.

In the official statement shared by SeaWorld announcing his departure, Antorcha seems to acknowledge this interaction with the Board noting he had a "difference of approach." In their filing with the SEC, SeaWorld stated,"Mr. Antorcha informed the Company that his resignation was due to disagreements over the Board’s involvement in the decision making at the Company."

Antorcha is by far the highest-profile recent departure from SeaWorld, but multiple leaders across the company have been abandoning ship.

In recent months, numerous other people in the corporate offices have resigned or have been let go, while other leadership shakeups at the parks have become commonplace.

In April multiple team members were laid off in a move that the company explained was focused on "performance and efficiency."

Over the summer, one person who identified themselves as an employee turned to an anonymous message board to express their frustration after the company ensured investors that more layoffs and cost-cutting initiatives would be coming:

“We already have huge attrition at SeaWorld - people are leaving constantly and not many of them are replaced. So why exactly do we need more layoffs? It makes no sense - especially considering that finding any replacements is getting harder and harder. People are onto SeaWorld, they know what kind of conditions we are working under, and they don't want to become a part of it.”

Another supposed employee on the same message board expressed similar feelings, writing, "The company used to be able to say they wanted a one on one relationship with employees but with so little leadership, we are on our own."

While the company was readying the announcement of Antorcha's resignation, it didn't slow down with the layoffs in other parts of the company.

Just hours prior to announcing Antorcha’s departure, the company confirmed more than 100 employees had been laid off thanks to the closure of the in-house call center.

In a statement to employees at the Orlando Call Center, the company repeated the same "performance and efficiency" line.

Unbeknownst to the Orlando employees, they were training those with whom SeaWorld would ultimately replaced them.

The massive leadership shakeup and numerous cost-cutting initiatives come at a time of impressive quarterly results. This has only added fuel to the rumors of a potential buyout in the works. Hill Path Capital LP, where Scott Ross serves as a Managing Partner, is thought of as the most likely prospective purchaser of SeaWorld.

In May, Hill Path Capital increased its share in the company, now owning 34.58% of it, making the employee-owned hedge fund sponsor the largest single shareholder. As part of the agreement, when Hill Path Capital purchased the 5.6 million shares in May, SeaWorld agreed to have up to three Hill Path director designees on the Board of Directors with the third being independent of Hill Path and its affiliates.

James P. Chambers, a Partner at Hill Path, serves as a Director on the Board. Three Directors on the Board is especially important considering the Board now is made up of only seven people, thanks to Antorcha’s departure.

According to Bloomberg, European based Parques Reunidos, where Hill Path Capital’s Richard Golding serves as the Director and Chairman, was previously interested in purchasing SeaWorld. More recently, suggestions have included buyouts by Six Flags, Merlin, and even NBCUniversal, though all of those now seem unlikely.

Parques Reunidos is the midst of its own buyout with the settlement of the shares happening this week and a delisting expected within the next two months. Despite this buyout, or possibly thanks to it, there are new rumblings of a deal between Parques Reunidos and SeaWorld.

All of this comes as the clock is ticking on SeaWorld to open the previously announced new Sesame Street-themed amusement park.

The new standalone kid-centric park must open no later than mid-2021 according to an agreement between SeaWorld and Sesame Workshop, the parent organization in control of the Sesame Street franchise.

One potential option is a partnership with an existing park, theoretically allowing for a faster opening than what a park built from scratch would require.

This newly rebranded park may end up being one linked to Parques Reunidos, via its U.S. subsidy Palace Entertainment, or another low tier, regionally focused park. Palace Entertainment operates six amusement parks, eight water parks, three marine life parks, and five family entertainment centers across the U.S., including many that target the same demographics as Sesame Place.

A leaked survey indicated that SeaWorld was looking at retrofitting part of the existing Busch Gardens Williamsburg park to create this new separately ticketed Sesame Place theme park, though, according to sources familiar with the project that plan was abandoned after an undisclosed member of the Board of Directors and company leaders were hesitant to support it.

For now, Hill Path Capital’s role at SeaWorld and the future of SeaWorld all seem far from set in stone. In the meantime, SeaWorld has retained an executive search firm to assist in finding yet another new CEO.