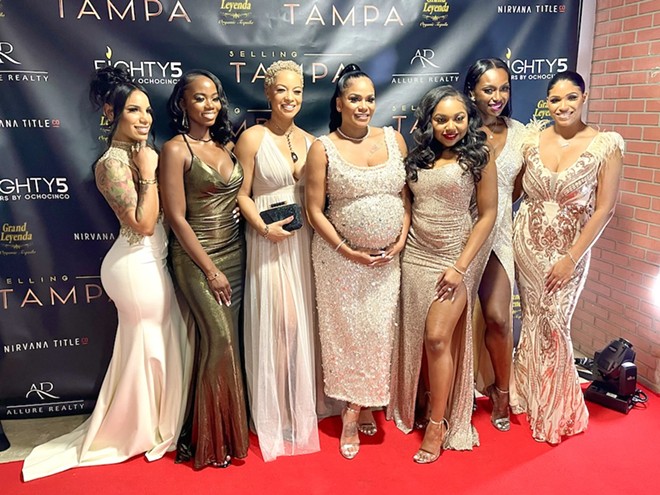 “Last year when we launched I Am Athlete and I Am Woman, Sharelle [Rosado, founder of Allure] was telling us she was working on it. Now that it’s out, the content on the show is really, really amazing,” Marshall told Creative Loafing Tampa Bay.

Michi, Marshall’s wife and co-host of the ”I Am Woman” podcast with Sharelle, said the show is going to do so much for Black women representation nationwide. “That’s one of the reasons I’m so excited is because she’s doing big things as a minority woman. It’s giving girls the feeling and knowledge that they can do it too,” she added.

Within a day of debuting on the streaming service, “Selling Tampa” is now the No. 1 TV show in the U.S., a huge accomplishment for any show featuring a cast of minority women. Cast member Rena Frazier told CL it’s surreal people can finally watch what they’ve been working on.

Fans can watch the reality show and see views of Bayshore Boulevard, a glimpse into the Allure Realty office in Ybor City, and even shots of some of our favorite local restaurants like Cassis in St. Pete and Forbici in Hyde Park Village.

Stay looped in with a small but mighty team that works tirelessly to bring you updates on events happening in Tampa Bay and surrounding areas by subscribing to our newsletter and following @cl_tampabay on Twitter.