In Tampa, the 14-story hotel tower is the cornerstone of a $700 million expansion.

Seminole Hard Rock shared new details on the massive combined $2.2 billion updates currently under construction in Tampa and Hollywood, Florida. Much of the attention has been focused on the Hollywood casino, where a glass-clad 450-foot tall guitar-shaped hotel tower rises above the resort.

The new hotel tower is just one part of the $1.5 billion improvements currently in the works in Hollywood, but it is already being used as part of a broader marketing push for Hard Rock casinos.

“The guitar tower will attract casino players and other visitors from throughout the country and around the world,” said Hard Rock International Chairman and Seminole Gaming CEO Jim Allen. “It will put South Florida on the map as a world-class gaming destination, and it will have a huge economic impact on Florida. The gaming industry will never be the same.” 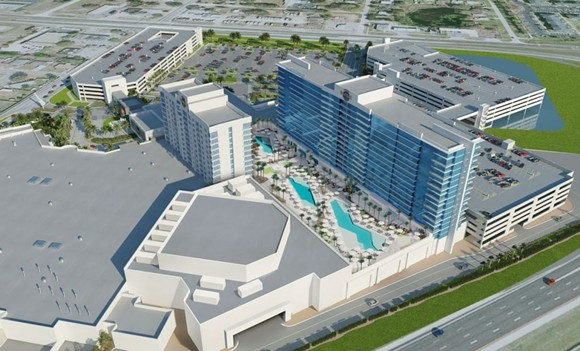 In Tampa, a new more traditional box-shaped 14-story hotel tower is the cornerstone of a $700 million expansion that includes 562 more guest rooms and suites, a new pool deck, an events center, and an extensive increase of gaming space. 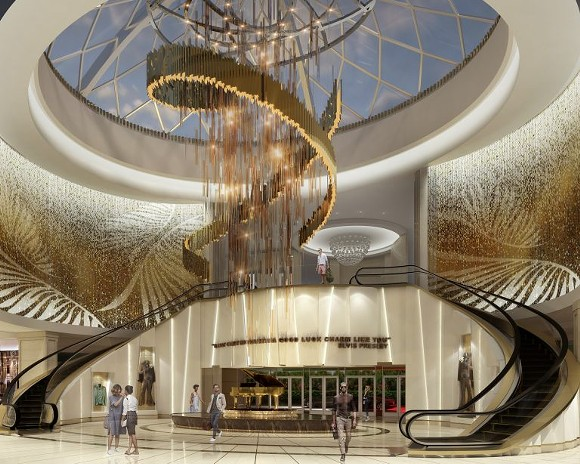 A new porte-cochere will welcome guests who will then enter a brand-new gold and glass lobby. In the center of the lobby will be Elvis Presley’s 24-karat gold leaf plated 1928 Kimball Piano Company Grand Piano, circled by two curved escalators. On the second level is a 2,000-seat entertainment center. Along with a companion 17,000-square-foot grand ballroom, the Hard Rock Tampa will host “60 major entertainment acts each year,” according to a statement by the casino.

Outside a new resort-style 60,000-square-foot pool deck will have three pools, together holding 200,000 gallons, and a full-service Pool Bar & Grill. Twenty cabanas, 700 lounges and daybeds, and two DJ booths help ensure that this will quickly become Tampa’s newest party spot. Inside, a new gelato and coffee spot, Constant Grind, will help give guests the energy they need to keep going. A new Italian fine dining concept will round out the resort’s 14 restaurants and bars. 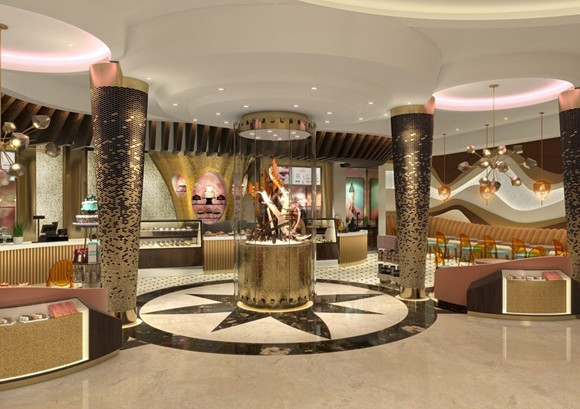 Obviously, the most important part of the resort’s expansion is the casino floor itself. Already the largest casino in Florida, and one of the largest in the world, after the expansion will have 245,000 square feet of gaming space, adding 1,000 new slots and 41 new table games. Altogether the resort will have 5,000 slots, 179 table games, and a 46-table poker room. Near the top of the new hotel tower will be a VIP gaming parlor with an exclusive check-in area and private elevators.

After all of the partying and gaming, guests can relax the Rock Spa & Salon, which will have 13 treatment rooms, including a Hard Rock-themed Rhythm & Motion room, a Turkish style hammam steam room, two VIP suites, a hair and nail salon, a barber shop, and a co-ed aqua lounge. The grand opening of the Tampa expansion is slated for Oct. 3, with the Hollywood expansion opening a few weeks later on Oct. 24.