Seven years later, sitting down with the St. Petersburg resident who co-authored the Casey Anthony story 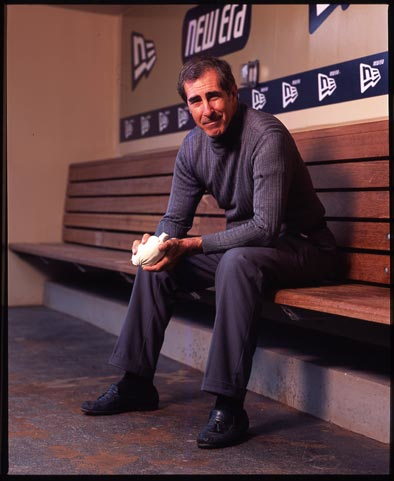 If there’s a Rays game at the Trop, you can pretty much count on Peter Golenbock to be cheering from the sidelines. Golenbock, one of the nation’s foremost sportswriters, is a die-hard fan, though he grew up in New York rooting for the Yankees. His heroes were Mickey Mantle and Whitey Ford, two of the greats from the legendary Casey Stengel era. His very first book, Dynasty: The New York Yankees 1949-1964, hit the New York Times bestseller list in 1972, and he’s never looked back. To date, 10 of his 30-plus books have earned spots as New York Times bestsellers, and The Bronx Zoo, with Yankees pitcher Sparky Lyle, is one of the biggest sellers of all time. With books about legends from Hank Aaron to Lenny Dykstra, he’s also been a sports commentator and currently teaches sports history classes at USF St. Pete.

We wanted to know more about his remarkable sportswriting career, so we asked him some questions.

How did you get into sportswriting?

I always loved baseball. When I was about 12, I found a library book by Frank Graham called The New York Yankees: An Informal History, about the Yankees and it became my favorite book. At St. Luke’s in Stamford, Connecticut, I was the sports editor of the school paper. I got press creds from the Stamford Advocate, the local paper, and that got me in lots of places.

Did you always want to be a sportswriter?

I always loved baseball, but after graduating from Dartmouth, I got a law degree from NYU. I’d been writing for the Daily Dartmouth, and also some college sports articles for the Boston Globe and the New York Times. After my law degree, I got a job in the legal division of Prentice-Hall and I decided to talk to Nick D’Incecco, head of the trade books, and told him I wanted to write a sequel to Graham’s book. Nick knew the book, liked the idea and told me to go ahead. That book was Dynasty, and it established me as a sportswriter.

How did you go about writing that first book?

Dynasty was written pre-computer, so you couldn’t send files back and forth like today. I traveled 30 thousand miles around the country with the Yankees to write that book, and I interviewed Mantle, Maris, DiMaggio, Yogi… all the greats. Billy Martin loved it. It was rough, but I loved what I was doing… there was nothing I liked better.

Do you have a favorite among the books you’ve written?

I’m fond of Bums (referring to his book Bums: An Oral History of the Brooklyn Dodgers). They left Brooklyn in ’67, so I never saw them play in Brooklyn, but I always liked the team. I interviewed players and fans from the Brooklyn days, before they moved to Los Angeles. But The Bronx Zoo that I wrote with Sparky Lyle is one of the bestsellers of all time. And the kid’s book I wrote about Jackie Robinson is still being used in schools. (Teammates, about Robinson’s friendship with PeeWee Reese, was one of Redbook’s 10 best children's books of 1990.)

How did you become involved with Jose Baez, and does a law degree helps with true crime writing?

Jose called me… he’d seen my book Personal Fouls, about big money in college sports, and he thought I could write his story. I’ve written books with many people, and I like telling their stories. I’ve never really practiced law, but I suppose the knowledge is in there somewhere. I find it interesting.

How did you wind up in St Petersburg?

I came to Florida in 1989 to cover the St. Pete Pelicans, a team in the Senior Pro League established by Jim Morley, and I wrote The Forever Boys, about former major league ballplayers. I started in West Palm Beach, with The Tropics, but Jim Valvano was involved with them so he didn’t want me there because my book Personal Fouls caused him to resign as coach at North Carolina State.

Golenbock hasn’t limited his work to ball playing — he’s also written American Prince: A Memoir, with Tony Curtis, and The Last Lap, about men who’ve died on the  NASCAR racing circuit. So we wanted to know what’s next?

Do you have any projects in the works?

Yes… I’m currently working on a book titled American Nero, with Richard Painter, who was in charge of ethics in the George W. Bush White House. He and I are writing it together, and my voice is in it. It’s a history of the rule of laws, published by BenBella Press. So, it looks like that law degree will finally come in handy.