Your Robot Dog Will Die 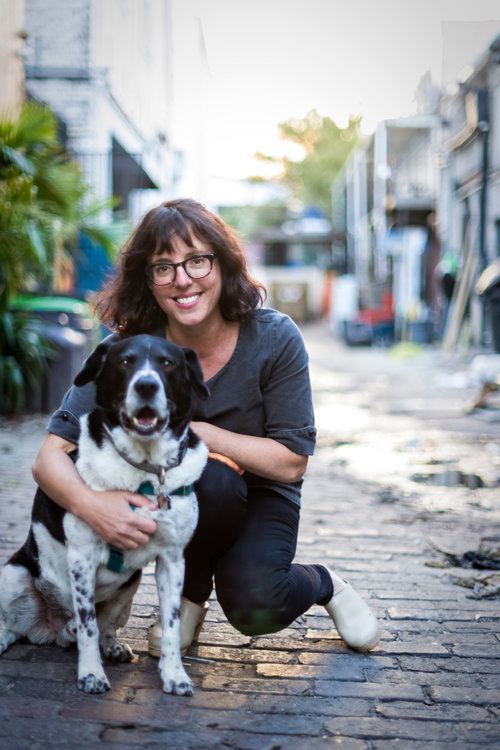 Promoting herself? Not so much.

Case in point: This local writer — she moved to Gulfport a few years ago and now lives near St. Pete's Crescent Lake Park — has two conventionally-published novels with a third on the way. I saw her at least once a month for two years and she will occasionally write animal-related stuffs for CL, and it wasn't until I heard her read at a Planned Parenthood benefit that I realized her saying "I'm a writer" translated to "I have two published novels and am under contract for a third."

See? Bad at self-promotion. Even worse: When I asked her where I could buy her books, she tried to give me copies of them. I shook my head.

"What are you doing? Do not give away copies of your book to people who are willing to buy them!" I told her, not at all in my inside voice.

The first book I read of hers — and yes, I bought the eBook — was Tropical Depression, a not-at-all true story about a woman who practices law for Big Tobacco, hates it, gets fired for not being in love with defending Big Tobacco on the same day she catches her live-in boyfriend having sex with someone else, chucks it all and moves to the fictional island of Miramar, which — fictionally — is near Guam. Adventures ensue. Again, not autobiographical. Greenwood, after all, lived in Saipan, not Miramar. The rest? Uh, yeah, you're gonna have to ask her about that. Either way, though, I thoroughly enjoyed Tropical Depression. So much so, I did get a copy of that and Greenwood's Save the Enemy for my mom.

And my mom loved it, so much so she asked me to include her thoughts. (Disclaimer: my mom is brutal when it comes to writing critiquing, but at her core, she's a mom and I think Greenwood's book brought out the mom in her.)

"Arin Greenwood is an excellent storyteller, convincing you that a crazy place like Miramar might actually exist. I found myself grabbing an old Atlas to check it out. After leaving NY and her ex-boyfriend, she takes her law degree to a tropical island that has its own understanding of the law. The ragtag residents add to the flavor of the island. I look forward to her April 20 reading at the Gulfport Museum."

Note, she's plugging Greenwood and the museum for which I sit on the board. But she's right — Tropical Depression did have me wondering if Miramar was real.