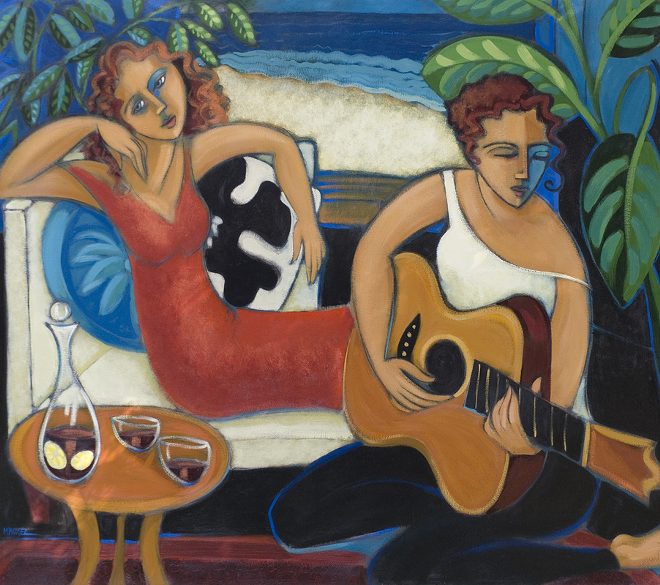 A Skull in Connemara. Two men are hired by a priest to dig up the bones of the deceased in a rural Irish graveyard, pulverize them and thus make room for the more recently dead. But when bone-crusher Mick is asked to dig up his own wife’s skeleton – and when it’s suggested that he killed the woman himself – the stage is set for a darkly humorous work with echoes of Synge and Beckett. Author Martin McDonagh is back; expect morbid hilarity. Mar. 17-Apr. 9. Jobsite Theater, Tampa. $28. 813-229-STAR. jobsitetheater.org. —ML

Big Freedia This is not a traditional arts preview pick, but Big Freedia is not the traditional artist. New Orleans’ queen of bounce (a Crescent City strain of hypersexual, ultra lit hip hop littered with hi hats, claps, synth) brought the genre mainstream, and this could be the last time you see her for a while. In March, the 38-year-old legally known as Freddie Ross Jr. pleaded guilty to lying about income in order to lying about income to benefit from government-subsidized housing and was sentenced to three years in prison. Still, she is a pioneer, and this show is not to be missed. March 3, Crowbar, Ybor City. 813-241-8600. ticketfly.com/venue/5667-crowbar. — RR

Dinosaur Jr. J. Mascis’s noisy, searing guitar tone was the soundtrack to thousands of ‘90s kids lives, and now that they’ve grown up, you can expect Dinosaur Jr. disciples to pile into State Theatre (with earplugs in, we’re getting old) for this tour in support of a new album, Give a Glimpse of What Yer Not, where the godfathers of grunge will show off their weirdness, ability to fire off mind-boggling guitar solos and penchant for writing oddly poignant lyrics. March 28, State Theatre. 727-895-3045. statetheatreconcerts.com — RR

Endangered Landscapes: America’s National Lands in Transition As the National Park Service celebrates its 100th anniversary (hooray for preserving nature!), Leepa-Rattner brings the environment to the forefront by combining part art, part education, and part ecology in this spring exhibition featuring the works of Rick Braveheart. As a veteran master landscape photographer with Native American heritage, he has had the honor of receiving 11 artist-in-residence opportunities from the National Parks Service, where he's made it his goal to capture fleeting moments of our natural lands before they disappear. If we’ve learned anything from 2016, it’s that our land and water are worth fighting for. Feb. 19-May 14. Leepa-Rattner Museum of Art, Tarpon Springs. leeparattner.org. —CA

Gasparilla Festival of the Arts You know what the next holiday after Christmas is? Nope, it’s not Valentine’s Day. It’s Gasparilla, which technically is a holiday for Tampa natives. If you’re not into the parades or races, this festival promises over 200 booths filled with all kinds of art, live entertainment, a chalk walk under the eaves of the TMA, Carmada Art Car Extravaganza in Kiley Garden, and plenty of delicious food and drinks. My favorite part of this festival is checking out the Emerging Artists booths—you can count on finding upcoming talents that are creating some upscale work. Mar. 4-5. Curtis Hixon Park, Tampa. gasparillaarts.com. —CA

Gasparilla Music Festival Festival organizers say there are still about 18 bands left to announce in the time between you reading this and gates opening, but the recent addition of revered songwriter Ryan Adams, Wu-Tang Clan’s Ghostface Killah and budding Jamaican roots reggae star Chronixx to the bill are a sign that Tampa’s own homegrown, non-profit music fest is still going full speed ahead in its mission to bring the Bay area a diverse and carefully curated musical experience that is virtually unrivaled as far as talent and fan experience go [full disclosure: this editor worked on social media for GMF until August 2016]. Consider the fact that Cage The Elephant (who boast a notoriously raucous, crowd pleasing set) are headlining Saturday, and what you have is the recipe for a sell out. March 11-12, Curtis Hixon Park, Tampa. 813-708-8423. gasparillamusic.com. —  RR

Kendra Frorup: New Work Kendra Frorup, associate professor of art at UT, is one of those artists who can easily win over anyone with her dynamic work. Over the years, her work has continuously evolved from large-scale sculpture while slowly adding printmaking elements and ceramics into the mix. Growing up in the Bahamas has influenced the artist, and you can see how it colors her work in her investigation of Caribbean culture, expression, identity, and memory. I don’t know about you, but I’m looking forward to February. Feb. 9 – Mar. 21; reception  Feb. 9, HCC Ybor City Campus Art Gallery in the Performing Arts Building, Tampa. hccfl.edu/yborgallery. —CA

March Road Trip: Art in O-Town Head away from the theme parks and check out the Winter Park Sidewalk Art Festival, a juried fine art show. Winter Park also boasts a number of Frank Lloyd Wright homes and, when you need to dip out of that brutal March sunshine, you can head to the Morse Museum. The fest includes bike valets, so bring your bike, park where it isn't insane, and ride through Winter Park. When you're done, hit up the closing weekend of Constellations at Mad Cow Theatre, one of the better theater companies in Orlando — and that's saying something. Both events Mar. 17-19 Winter Park Sidewalk Art Festival: 407-644-7207. wpsaf.org. Constellations: 407-297-8788. madcowtheatre.com. —CS 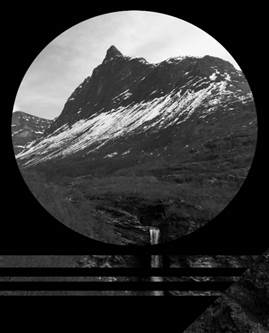 Mark Joseph Oliver: Not Here But There Asheville, NC-based artist Mark Joseph Oliver’s solo exhibition of new photography and sculptural work explores the role that location serves as a monument to the past, present, and future. Inspired by weather, natural disasters, and memory, Oliver is known to make interactive and immersive installations (and when I say immersive, I mean knee-deep immersed in water, like in his “Lagoon” piece), so make sure to check the forecast before heading to the gallery. Mar. 20-Apr. 27; reception Mar. 23. Gallery 221 @ HCC, Tampa. 813-253-7386. hccfl.edu/gallery221. —CA

Norah Jones Fourteen years after her debut LP Come Away With Me earned eight Grammy awards, Norah Jones still possesses one of the most haunting vocals in all the land. The multi-instrumentalist never rested on the album’s jazzy laurels, however, and has collaborated with the likes of Danger Mouse and even Green Day’s Billie Joe Armstrong in the years since. A new one, last year’s Day Breaks, is both a nod to the past and an evolution and finds Jones & co. utilizing mostly live takes en route to making one of 2016’s most underrated albums. March 7, Ruth Eckerd Hall, Clearwater. 727-791-7400. rutheckerdhall.com — RR

Round Square Friends of the formal elements, unite! Guest curated by Kathy Gibson, be prepared to revel in line, shape, color, and scale (and the conversation between them) in an exhibition of sculpture, works on paper, and installation by Edgar Sanchez Cumbas, Kendra Frorup, Babette Herschberger, and Charles Parkill. Mar. 10 - April 22, Florida CraftArt, 501 Central Ave., St. Pete, floridacraftart.org. —CA