It's one of 17 St. Pete matches for a side that made it all the way to the conference finals in 2022. 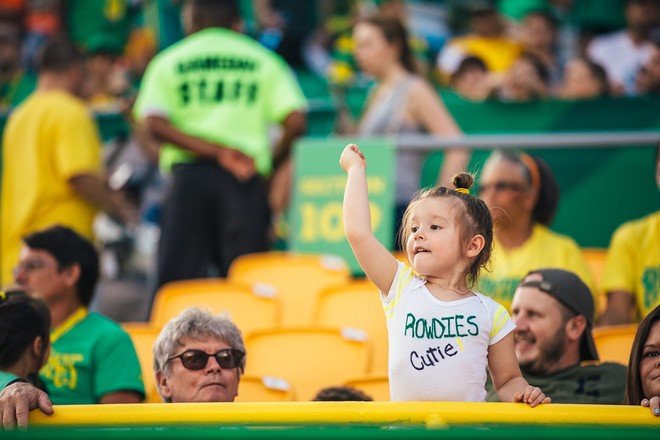 Photo via City of St. Pete/Flickr
Tampa Bay Rowdies
It’s been just two months since the Tampa Bay Rowdies’ 2022 campaign came to a heartbreaking end during the conference final in Louisville, but the team already has a date to welcome fans back to Al Lang Stadium in St. Petersburg.

Single game tickets to see the Tampa Bay Rowdies kick off the 2023 season in St. Petersburg against Indy 11 on Saturday, March 11 should be on sale in the coming weeks, but for now only season tickets are available.

The match is one of 17 home games in the Rowdies 2023 schedule of more than 30 matches, which run through the fall.

Read his 2016 intro letter and disclosures from 2022 and 2021. Ray Roa started freelancing for Creative Loafing Tampa in January 2011 and was hired as music editor in August 2016. He became Editor-In-Chief in August 2019. Past work can be seen at Suburban Apologist, Tampa Bay Times, Consequence of Sound and The...
Scroll to read more Sports & Recreation articles