Read an excerpt from ‘The Thing about Florida.’ 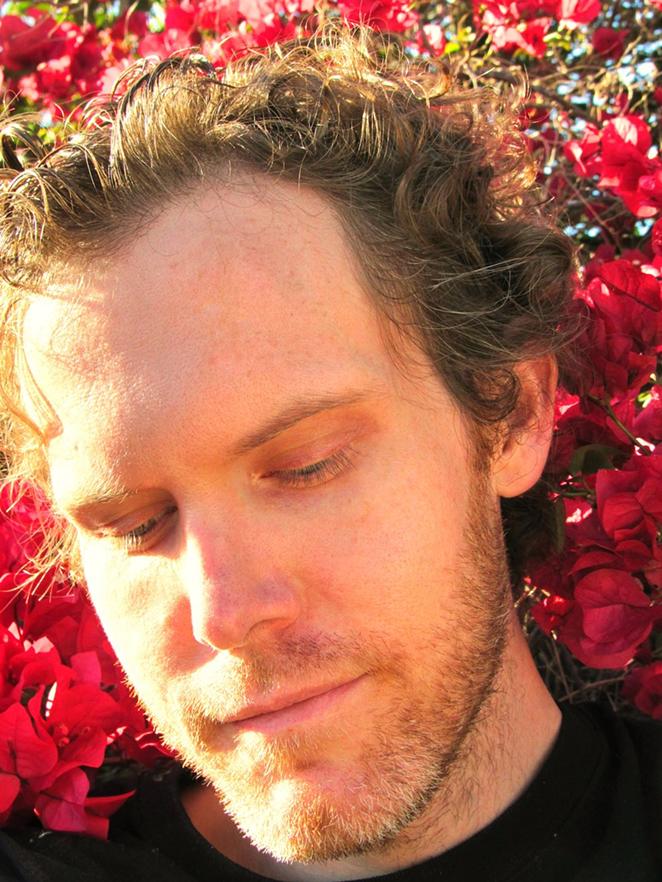 It’s been a decade since Tyler Gillespie’s byline first appeared in Creative Loafing Tampa Bay. In 2011, he pondered on how safe it was to be out, wondered about the “Adonis factor” and asked who the hell was buying into gay lifestyle marketing. A few years ago he popped back into CL’s pages to talk with LGBTQ rights activists and then checked in with Parisian baking happening right here in our backyard.

But now, his byline is on bookshelves everywhere thanks to a new book, “The Thing about Florida: Exploring a Misunderstood State.” In it, the fifth generation Florida man is ready to be a voice and face for a state he was once embarrassed to call home. Gillespie—who released a collection of “Florida Man” poems in 2018—leaves no Palmetto frond unturned in the 164-page collection of interviews and musings. There are halfway houses, venom rooms, gator farms and nudist campgrounds. He interviews drag queens, smugglers, ranchers, storm chasers and Floridians of every stripe who’ve been mischaracterized in headlines across the country.

And Gillespie goes deeper than the memes. He addresses the state’s racist tendencies, visits with Florida’s LGBTQ seniors and uses a gentle touch with the emotions of his subjects as reflects on his own experiences as a Florida man. “It’s dangerous to meet our fears with fear,” he says.

To celebrate the book’s release, and a virtual book tour happening on April 22 in conjunction with the Gulfport Public Library’s LGBTQ+ Resource Center, Gillespie has shared the opening of his new book’s sixth chapter, “Young and Beautiful Forever,” where he describes escaping his Southern Baptist school to get to Tampa’s gay bars.

“A bridge separated the city from God and the school’s administration,” Gillespie writes. “We’d get drunk on our own kind of holy water as I began to figure out how this whole gay thing worked.”

Read it below and stick around to watch Gillespie chat with another Florida author—Sarah Gerard—who said Tyler has delivered “a kaleidoscopic view of one of our strangest, wildest, and most beloved places.”

The first boy I ever crushed on had the best tan in school and could perform a spot-on impersonation of Jim Carrey. I had to pine for my Ace Ventura: Pet Detective from afar because my Southern Baptist school considered homosexuality a sin. It was an expulsion-worthy offense. The high-school me feared expulsion for homo-feelings, but, luckily, I had Tampa. A bridge separated the city from God and the school’s administration. My best friend Jessica and I would drive to the city’s gay bars more often than I care to admit. We’d get drunk on our own kind of holy water as I began to figure out how this whole gay thing worked. I could do this as a young teenager in bars because I had found an ID of a twenty-five-year-old white guy with a crew cut. I’m not saying all white guys look the same, but the ID worked for me all but one of the many, many times I flashed it.

I struggled with my outlawed sexuality during the day, but in gay bars, I danced away the fiery damnation. In those bars, I got a different education. I heard a new language, code, and slang. I started to learn the history of men who had met in secret bookstores and clandestine spaces. Those generations had fought for people like me. I learned these things from older guys. They’d usually arrive at the club early like me—them to get home at a decent hour, and me to get in for free. I’d sit at the bar next to them, and they’d tell me a story. I’ve always liked good storytellers, and those seasoned queens were some of the best.

It was at one of these bars that I first dressed in full drag, for Halloween when I was seventeen or eighteen. I took inspiration from rock groupies. I put on a Joan Jett wig, AC/DC bandana, black lipstick, and drew skulls on my arm. I wore a tank top as a mini dress and let a lavender bra hang out of it because I’m classy. Halloween proved my one big foray into drag until I moved back in with my grandmother.

My hometown haircut place only took appointments for women, even though they also cut men’s hair. My favorite stylist, Randy, called it an old barbershop rule. He gave me a code name to use for appointments. “Call in and say you’re booking a haircut for Brigitte,” he said, “that way I’ll know it’s you when I see the schedule.”

The seasoned queen Randy cut my hair for years. We struck up a friendship through discussions of American Horror Story and the less popular Ryan Murphy show Scream Queens. “Mom said I’d been so traumatized as a kid that I’d grow up to be either a compassionate person or a serial killer,” said the fifty-two-year-old. “Instead of turning into a serial killer, I just like to watch them on TV.”