‘Protest Book’ is out now, and some proceeds will go towards fighting police brutality. 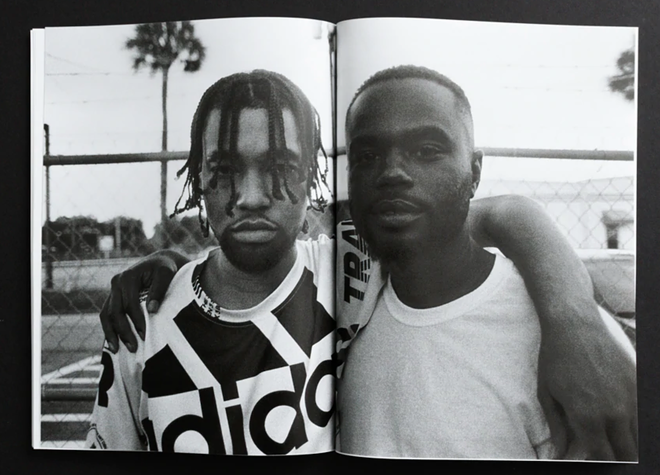 Photo c/o George Goldberg
A spread from George Goldberg's 'Protest Book.'
In the summer of 2020, Tampa photographer George Goldberg attended eight local Black Lives Matter protests. Police shot him and other protesters with pepper spray and bean bag bullets as he watched others get beaten. Goldberg, 31, even saw his sister and brother-in-law get arrested while he and his girlfriend eluded police.

Today, he’s releasing 40 copies of his first book, featuring 20 images he captured during that tumultuous Tampa summer. Shot with a 35mm camera on black and white film, the work is simply titled “Protest Book” and opens without the help of a foreword or intro.

“I wanted people to experience the book without me narrating the images and keep it as objective as possible, and I feel like since this was more of a documentation of what happened, the images didn't need any writing,” Goldberg, who’s been making photos for 11 years, told Creative Loafing Tampa Bay.

Instead, there’s just a short blurb at the end of the book which says, "Images I made during the Black Lives Matter protest here in Tampa, FL."

Goldberg made the book to archive a moment in time that now seems like forever ago.

“It's only been about two years. Things can be easily swept underneath the rug in today's fast-paced way of living. I wanted to freeze this moment in time within this book. Something tangible that someone can look through and live with,” Goldberg said. 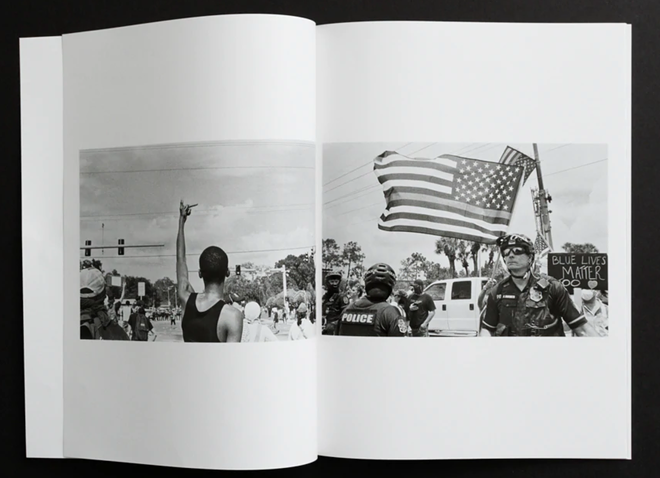 Photo c/o George Goldberg
A spread from George Goldberg's 'Protest Book.'
And reliving the protests—including a particular testy one near 22nd St. and Martin Luther King Jr. Boulevard in East Tampa—was not easy for Goldberg, who said that he’s very emotionally attached to all the images he made that summer.

To help him curate the 20 photos, Goldberg teamed up with Maryland artist and photographer Daniel Diasgranados, who’s known Goldberg for five years but only met him in real life for the first time in March 2021. Having Diasgranados’ outside perspective allowed Goldberg to remove himself from the emotions of the protests and land on the best photos. “He curated and sequenced the work within the book which is something I don't think I could have done well by myself,” Goldberg said.

And in getting the book together, Goldberg was able to tap into something else that he found during the protests of 2020—a community.

“The unity we felt during these protests was all the encouragement to keep attending,” he said. To give back, a portion of proceeds from “Protest Book” will go towards organizations and causes fighting back against police brutality here in the Tampa Bay area.

Order the book via george-goldberg.myshopify.com.