Make that eight straight quarters of horrendous football played by the Bucs, then, ‘Woosah.’ 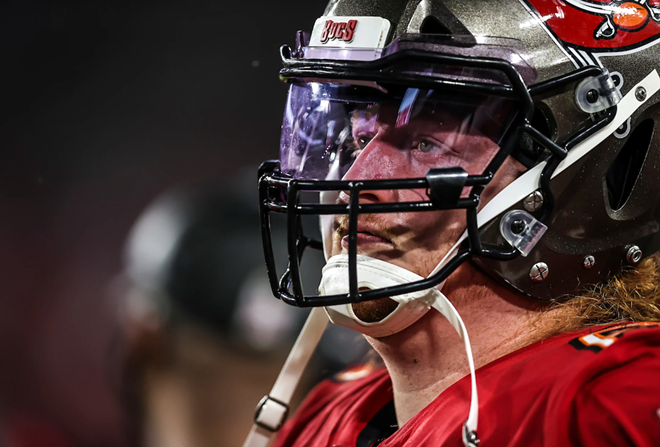 But just how bad was it? Let’s look at some quick facts to support just how bad the Bucs played in their 38-3 loss to the Saints on Sunday night.

So yeah. The Bucs were bad. But let’s keep going, eh? The Bucs did play the worst game of football I’ve ever had to sit through, so I might as well be thorough.

But you know what? Who cares? It was cool to see the Tampa skyline during the commercial breaks, and to hear Al Michaels make a bunch of Tampa jokes (“The closest eligible receiver was in Clearwater,” “That ball is right down the middle, right down Dale Mabry”), and we all have Tom Brady and his three interception, no touchdown performance (with a 40.4 QBR) to thank for that (the last time the Bucs played on Sunday Night Football was 2008, the night the Rays won Game 7 of the ALCS against the Red Sox).

All of this after last week’s dud of a performance against the Daniel Jones-led New York Giants. So make that eight straight quarters of horrendous football played by the Bucs. They’ve been awful in all phases of the game. Their defense leaks more oil than my Cadillac spills, and the offensive line is showing its true colors, especially with starting guard Ali Marpet being out with a concussion and with Donovan Smith just being awful.

For those saying “Oh, it’s only two games, they have the rest of the season,” you’re absolutely right. But I just wasted three hours of my life watching a bunch of grown men in red jerseys take a dump on a football field. So yeah, I’m not a happy camper.

I’m sure they’re not either. Brady will probably come back next week and lead the Bucs to a victory over the Panthers, but it’ll be hard to forget such a horrid performance. A game like this makes me miss good old Jameis, because at least he made some laughably stupid throws that were fun to watch. Brady just looked like an old dude getting beat up by a bunch of guys half his age.

That’s all. I’m going to go watch “The Expendables,” because honestly nothing could be worse than having to watch the Bucs play football tonight.


Support local journalism in these crazy days. Our small but mighty team is working tirelessly to bring you up to the minute news on how Coronavirus is affecting Tampa and surrounding areas. Please consider making a one time or monthly donation to help support our staff. Every little bit helps.