Because there are too many awful picks to count in Bucs history. 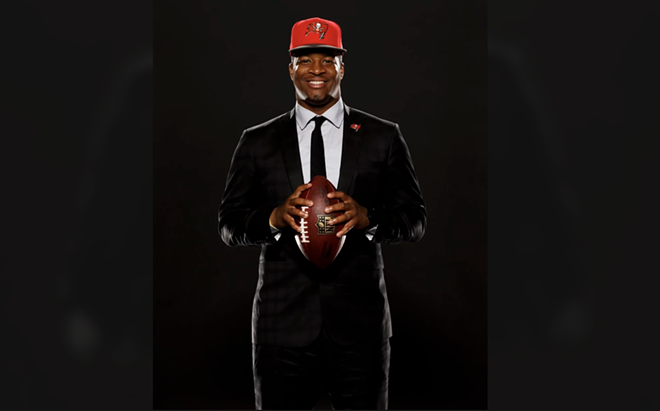 Photo via Tampa Bay Buccaneers
There are too many awful picks to count in Bucs history.

We recently discussed the best draft picks in Bucs history. So, it’s only appropriate that we also consider the other end of the spectrum; the worst draft picks.

Unfortunately, Bucs history is filled with so many awful decisions in the draft that it’s tough to sort through them all.

So we’ll focus on the current GM, Jason Licht, and his own misfortunes when it comes to draft decisions.

This was a no-brainer. Aguayo was not only a kicker picked in the second round who the Bucs traded up to draft, he was also cut after one very lousy season. If there was ever an example of getting too cute with a pick, this is it. The Bucs had their own awful experiences with kickers due to the Matt Bryant curse, but spending a second round pick on the position was never going to solve that problem. Dark times, dark times indeed.

Yeah, that 2016 draft was atrocious. The former Gator ended up spending three-and-a-half seasons in a Bucs uniform, never quite figuring out how to be a corner in the NFL despite having an incredibly successful college career. It was a tough thing to see for a local guy, as Hargreaves attended Wharton High in New Tampa before attending the University of Florida. Both Aguayo and Hargreaves are currently not on any NFL rosters, although the latter was on the AFC Champion Bengals last season.

Look, if you’re going first overall, there are going to be a certain number of expectations. And Winston failed to meet them, plain and simple. Did the Bucs help matters at all by following up his 2015 draft with that aforementioned 2016 draft where their first three picks ended up being absolute duds who are no longer in the league, and a 2017 draft where both of their first two picks didn’t work out? No, but Winston still did not perform up to the billing of a number one pick.

OJ seemed like a slam dunk of a pick at the time. The Bucs were coming off a 9-7 season, they had a young, talented roster, and OJ was certainly a really interesting tight end in that year’s draft class. Unfortunately he just never could stay healthy, and he’s now a Buffalo Bill following the expiration of his rookie deal. People seem to forget that OJ was a first rounder, and was drafted ahead of some supremely talented guys (TJ Watt, Tre’Davious White, Buddy Baker, just to make a few).

Despite having a rookie year where he racked up 5.5 sacks, Spence recorded only a single sack for the rest of his short-lived Bucs career. It certainly does not help that Derrick Henry and Michael Thomas were selected behind him in the second round of that now-infamous-in-Bucs-lore 2016 draft, but even without that, Spence was a bust. He just never quite put all the pieces together to become even a serviceable edge rusher, and he left the Bucs for Washington in 2019.