The Day the movie died

A lack of substance lessens this stylized, dystopian vision.

“Look to this day, for yesterday is but a dream and tomorrow only a vision. And every tomorrow a vision of hope.”

Moving sentiments from the Sanskrit poet Kalidasa, corrupted into a twisted mantra in the post-apocalyptic siege flick The Day.

We follow a filthy, rag-tag quintet of survivors through the back roads of the wasteland United States. Rick (Dominic Monaghan), de facto leader of the group, is a pragmatic idealist who cherishes two jars of seeds like his own unborn children. Adam (Shawn Ashmore) is a malcontent contrarian but remains loyal to his long-time friend. Henson (Cory Hardrict) is the ailing final member of the boyhood trio that’s managed to stick it out together for a decade of silently trudging through shit. Shannon (Shannyn Sossamon) is the empathetic glue that holds the group together and Mary (Ashley Bell) is the hard-eyed cagey blond who keeps to herself.

No one wants to talk about the past and Rick’s vision of future hope is grating to the non-believing Adam. The group stops in an abandoned country home to let Henson rest and stay out of the rain. Adam clamors to move on while Rick insists a night inside will do them all some good. The women go out to try to add to their waning supply of dried rodent while the men salvage from the house. What’s that box in the basement? Why does it seem too good to be true? And who will come knocking when the obvious trap is sprung?

The Day, at its core, is a concept that’s been done before and done better (see: The Road [which also includes a member of The Fellowship; hmm…]). Fledgling filmmakers Douglas Aarniokoski and Luke Passmore (director and writer, respectively) make a noble effort but come up short. Maybe the post-apocalyptic thing has been done to death, but hey, it is 2012, right? Some might write the film off entirely before the first frame when seeing WWE Studios in the opening seconds, but fear not, they’re simply the distributor; John Cena won’t be powerbombing anyone.

Stylistically, the film looks great. The selective use of color is quite artistic in a slightly pretentious way; ditto the minimalist use of non-diegetic sound. But that’s the end of the bright points of this flick’s overall vision. Style points notwithstanding, the lack of substance is dooming and it’s a shame, because a better story could have made this low-budget project a real gem. Also, on a barely-related point: what the fuck did these people survive, exactly? What they’re running from becomes evident in the narrative but what was the original genesis of the end of the world?

Monaghan is under-utilized, an alarming trend in his career of characters that die too early (Charlie Pace on LOST, Bradley/Bolt in X-Men Origins: Wolverine). Ashmore (X-Men Trilogy) is virtually unrecognizable in this character. Bobby Drake/Iceman has apparently hit puberty and disappears into the bearded brooder. Bell (The Last Exorcism) does well as the secretive loner and Hardrict (He’s Just Not That Into You) is a virtual non-factor, acting wise. Sossamon emotes with a super sexy Southern accent and could have used a character with more depth.

At the end of The Day (fuck you; I couldn’t resist), this film leaves you wanting more. Not a longer run time or a sequel, mind you, just more to show for how you spent the last hour plus of your life. But hey, it’s not the end of the world… 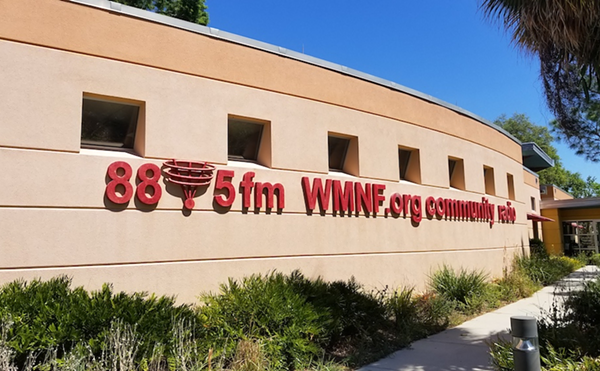