Here's where you can have a funeral for your dog... or parakeet

Tampa's new Pet Loss Center offers funerals of all kinds — but only for pets. 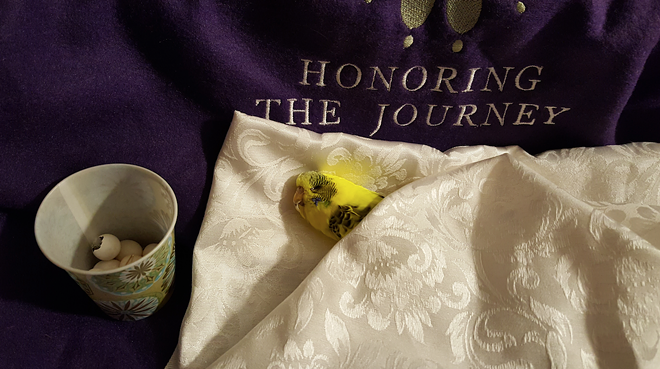 Basho the parakeet died unexpectedly, not long after laying six eggs. Her family was devastated by their pet's death, and the eggs that never hatched.

They thought she was "trying to make a family for them," says Nick Padlo, co-founder of The Pet Loss Center — a company that specializes in helping people honor their animal companions, after they've died.

So a memorial service was held in a peaceful room at The Pet Loss Center's new Tampa branch. The family got to say goodbye in a place where no one would question their devotion to Basho, who lay in a padded casket with her eggs. And then the bird and her eggs were cremated, together.

"Our vision is that all animals receive dignity in life and death," says Padlo.

The Pet Loss Center is essentially a funeral home and crematorium for pets. The business first opened in 2015 in Dallas.

With the addition of Tampa — no stranger to being at the forefront of progressive end-of-life options for animals — it's now expanded to seven cities (all in Texas and Florida). 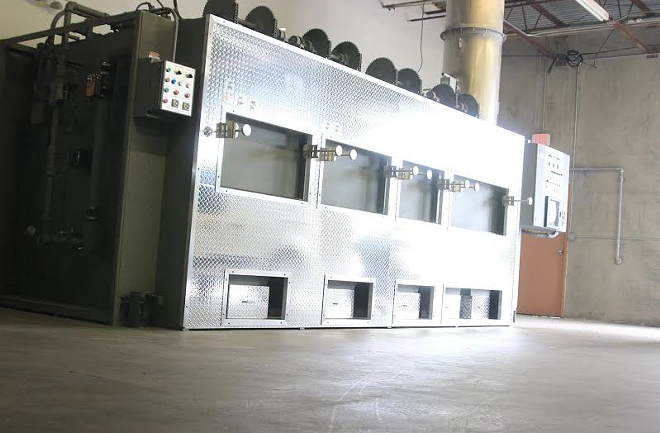 The services are expansive: Cremation — which can be arranged through your vet, or privately — is performed on site, using advanced quality control techniques (which is reassuring, given the notorious problems in the pet cremation industry).

At the center itself, in an industrial park north of Tampa International Airport, there are dozens of urns and other grave markers for sale, many which you can customize with your pet's own likeness or image.

Grief loss support groups will start soon, as well as training for staff at vet clinics on how to behave around folks while their pets are dying (One tip: it's ok to cry. But don't let yourself seem more upset than the animal's owners).

The funerals themselves may take different forms. There is no charge for just the family, and their pet, to spend time together in one of the two viewing rooms. This goes for bringing in your still-living pets as well; there's even a big basket of tennis balls by the front door.

For $250, The Pet Loss Center will make announcement cards, and a program, and help arrange for readings and songs, or to livestream a service.

They'll help with other special touches, too — like if you want to make a toast, or "possibly even give all of the attendees a tennis ball, in honor of their rambunctious dog who always had one in his mouth," says Holly McKay, who manages the Tampa outpost.  "Our goal is to help families in this area so that this final tribute is truly indicative of the life shared."

So look, can we just lay something on the line here? It's hard not to cry when you're at The Pet Loss Center. Even if you're just there doing interviews for a story and accidentally happen to get talking about your cat who died almost two years ago, whose death you still find shocking and painful.

We live in wonderful times, when people in this country love our animals so much that this year it's estimated we will spend more than $62 billion catering to their wants and needs. And yet, in most circles, you'd still get quite a side-eye if you said you were having a funeral for your dog; probably especially if you were doing this for your parakeet. Or, if you got blubbering talking about your long-dead cat (we miss you, Derrick).

Not here. This is "a safe place, a place where people can come and honor the life they shared with their pet," says McKay. "With all they give to us in life, we feel so obligated to give them the dignity, honor, and respect when they die. After all, it's our way of showing our thanks, our appreciation, and our last act of love." 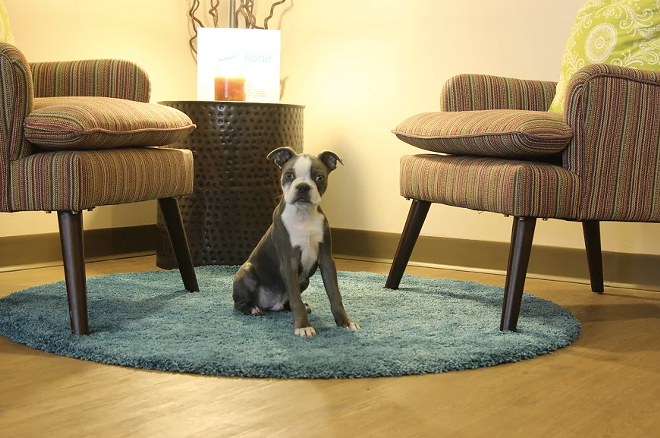 It doesn't hurt that McKay's puppy — named Don Vito Corleone — comes with her to work, and will mix that empathy and understanding with a couple of cuddles, before suggesting gently that you perhaps get a ball from the basket and toss it down the hall for him. A reminder of life, good and silly.

Arin Greenwood writes about animal welfare. She formerly worked as Animal Welfare editor for the Huffington Post. She lives in St. Petersburg with on dog (Murray), two cats (Elf andJackie) and one husband (Ray, a/k/a "good boy"). Follow her on Twitter at @Arin_twit or on Facebook. Contact her at [email protected].

Arin Greenwood is an animal writer who writes for American Pets Alive! and the Human Animal Support Services project, in an effort to change the future of animal services and keep pets and people together. Arin is author of the novel "Your Robot Dog Will Die," which won Creative Loafing's Best of the Bay Award...
More
Scroll to read more Local Arts articles
Join the Creative Loafing Tampa Bay Press Club