Expect lots of green and gold in the crowd 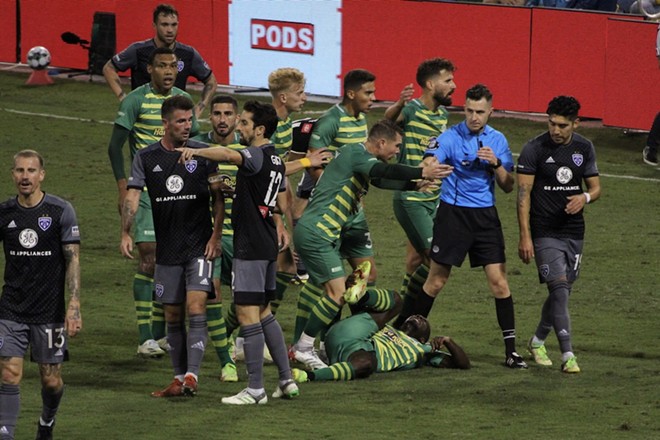 Photo by Max Steele
Last year's face off between the two teams got rowdy, so to speak, with Tampa Bay's team fighting hard for the 3-2 overtime win.
The Tampa Bay Rowdies face conference rival Louisville City FC this Saturday night, and USF alumni are invited.

In both the 2020 and 2021 USL Championship Playoffs, Tampa Bay and Louisville met in the Eastern Conference championship, with the Rowdies claiming victory in both matchups.

In last year's postseason bout, the Rowdies came back to secure a 3-2 overtime win over Louisville despite trailing by two goals with only eight minutes left in the game.

This season, Louisville sits atop the conference with a 8-3-2 record, whereas the Rowdies are sixth at 5-4-3. The two teams have not yet played each other.

The rematch will also coincide with "University of South Florida (USF) Alumni Night," where the Rowdies will honor USF alumni groups and individuals throughout the game.

Not only do the Rowdies invite USF alumni, students and employees to enjoy an action-packed night, but the soccer club will donate $5 from each ticket sold to the USF Pinellas Alumni Chapter Scholarship Fund.