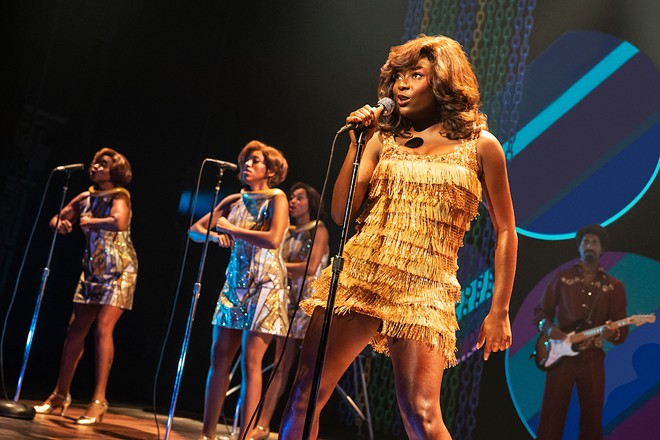 Photo by Matthew Murphy and Evan Zimmerman for MurphyMade, 2022
North Carolina-native Naomi Rodgers is one of two actors who'll play Tina Turner in Tampa.
Blood, sweat, tears and triumph hit the stage next week when Tampa sees the arrival of an award winning musical that reveals a comeback story like no other.

Tickets to see "Tina: The Tina Turner Musical" at Tampa's Morsani Hall Straz Center for the Performing Arts from Jan. 31-Feb.5 are on sale now and start at $49.50.

The musical—a true celebration of resilience and triumph over adversity—follows the life of Tina Turner as she dared to defy the bounds of racism, sexism and ageism to become the global Queen of Rock.

Turner, one of the world’s best-selling artists of all time, has won 12 Grammy Awards and sold more than 200 million records.

The production, which debuted in 2019, has been nominated for 12 Tony Awards including Best Musical. The current touring production is directed by Phyllida Lloyd, and choreographed by Anthony van Laat, both Tony nominees.

Adrienne Warren won Best Performance by a Leading Actress in a Musical at the 74th Annual Tony Awards for her role in Tina, marking her first Tony win.