Turandot gets the ending it deserves — and it's brilliantly feminist 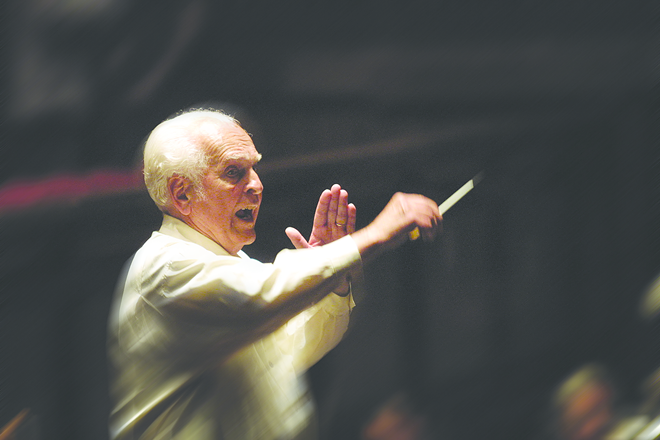 Killing the man who professes to love you because men raped and killed your ancestor may seem extreme but, well, desperate times call for desperate measures. And Princess Turandot is desperate indeed.

Whether or not he intended it, Maestro Anton Coppola's ending for Puccini's last opera contains strong feminist overtones. And it works brilliantly.

The story of Turandot is such: Princess Turandot is not married and doesn't want to be. She sees no reason: After all, she's a princess, and men raped and killed her ancestor, Princess Lo-u-Ling, who ruled "in silence and joy, resisting the harsh domination of men." Granted, it was thousands of years ago, but Princess Turandot can't let it go — Maestro Coppola explained it as an obsession. Nevertheless, she's supposed to marry, so to keep suitors at bay, she poses each one three riddles, and if they get them all right, she will marry them. If they get even one wrong, though, they get beheaded.

A mysterious prince appears and fancies himself in love with her as soon as he sees her, and he answers the three riddles correctly. The princess begs her father not to force her to wed, but the emperor will not relent. The prince tells Turandot if she learns his name by sunrise, she can kill him, but if she does not, they will wed. While she sends servants to learn his name, he continues to attempt to woo her, and his advances are met with her revulsion.

This is where the endings diverge.

In the opera's final act, he kisses her and tells her his name — Calaf — just before dawn. Giacomo Puccini died in 1924, leaving the opera unfinished. Franco Alfano wrote a peppy little ending for it in 1926, in which the Calaf's kiss makes the princess realize she's in love with him, and even though she knows his name, she tells the crowd "His name is Love" and they live happily ever after.

Saturday night, Coppola unveiled his ending for the opera, and oh my god is it fantastic.

They still kiss, and while she ultimately enjoys it, she doesn't buy into the sappy "his name is love" narrative — she tells the crowd "his name is Calaf" and explains that no man can undo the horrors done to her ancestor. Calaf gets beheaded, even if he is a good kisser.

The audience stood and roared its approval at this ending. And, yes, the performance and conducting were exquisite, but there's something deeper to this — the feminist perspective.

In many operas — in most operas — women have no control over their destiny. Isolde is forced to marry the man who killed her fiancé, Butterfly must sit and wait for her love to return, a man insists Tosca have sex with him to free her love... the list goes on. Maestro Coppola not only wrote an ending that fits in with Puccini's penchant for the tragic and makes more sense in the story, he has given Princess Turandot something women don't have a lot of in opera: control over their own destiny. 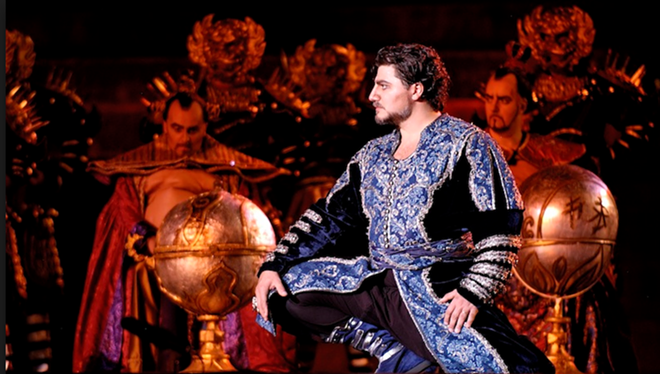 Wikimedia Commons
When you realize he's forcing himself on the princess — or trying to — his death doesn't seem so bad, does it?

And why wouldn't Turandot want to kill Calaf? Aside from holding a significant, millennias-old grudge, he falls in love with her based on her looks, even though he knows she's cruel and doesn't want to get married. Nevertheless, he persists — going so far as to force physical affection on her in hopes that she'll want to return it. Her father, too, will force her to marry and doesn't seem to care that she doesn't want to get married. Her entire life is shrouded in the will of men. 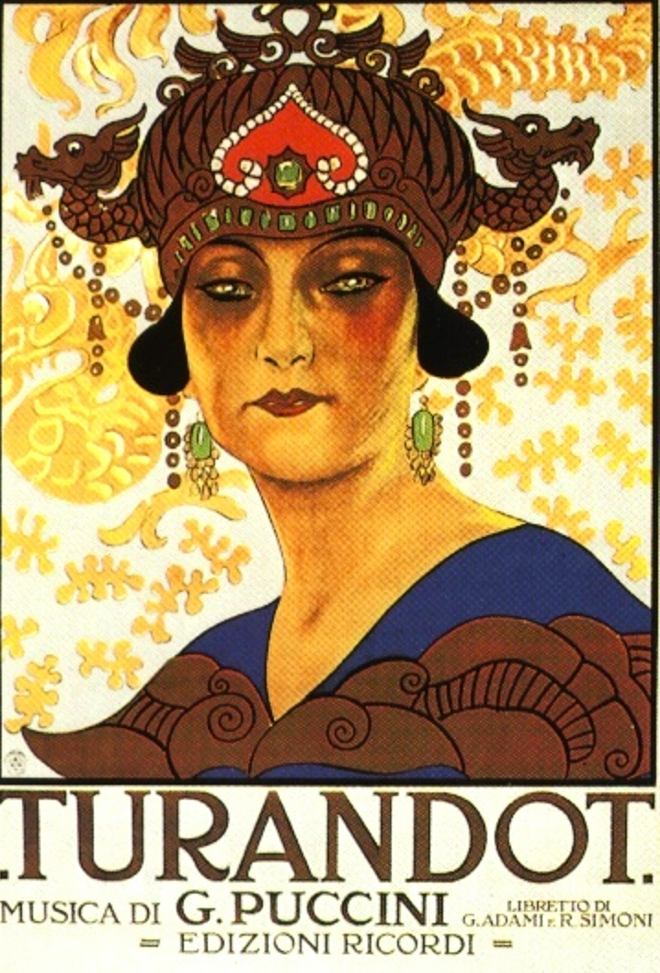 When you consider the opera in this light, Calaf, becomes a sex criminal and Turandot lives a horrid existence, on display for every man and forced to marry someone who doesn't know her and doesn't mind that she's killed other men. And while it's unclear as to whether Coppola intended to write a feminist manifesto or simply follow the opera to what some feel is its organic conclusion, what he has written is a feminist ending, a masterfully composed piece of music that underscores the atrocities of Turandot's life — her cruelty toward Calaf (and all the men who insist they must wed her) is a reflection of the cruelty shown to her and, yes, her ancestor. After all, do they really love her or perhaps are they in love with being the most powerful man in China once her father dies?

The entire concert was a delight, from flautist Colleen Blagov at the onset to the selections from Sacco & Vanzetti. Opera Tampa has not staged Turandot since 2004; perhaps the time is right to present this opera again, with its proper ending. Whether audiences choose to see this as a feminist narrative or simply a different ending, one thing cannot be ignored: Maestro's work continues to grow more and more exquisite, and, at 100, his talent shines brighter than ever.

Learn more about the opera