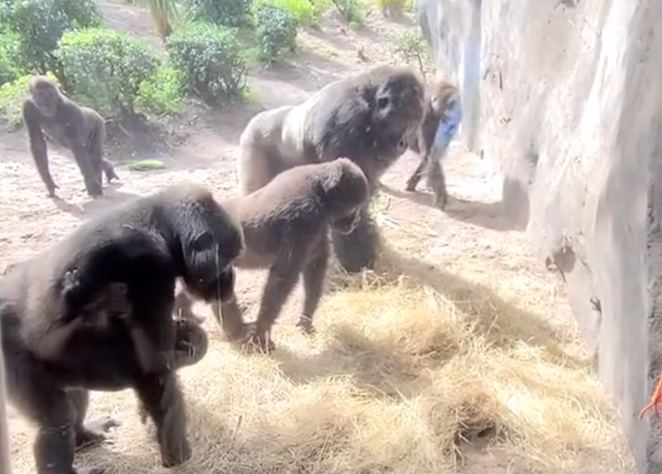 A small snake startled a troop of gorillas at Animal Kingdom, leading to a tense and hilarious standoff that was captured on video.

The funny incident happened at Animal Kingdom's Gorilla Falls Exploration Trail when a teeny snake slithered its way into their area.

Guests noticed there was something odd in the enclosure  when the smallest gorillas of the family started to react to something in the hay and called over larger gorillas for help. Older gorillas, clearly jaded from years of living in Florida, didn't see the snake as much of a problem.

Two clips of the gorilla vs. snake standoff were posted to TikTok, where they have amassed more than 10 million views.