Time Simply Passes was shown at the Thessaloniki Documentary Film Festival in Greece in 2016, and has won the following awards: 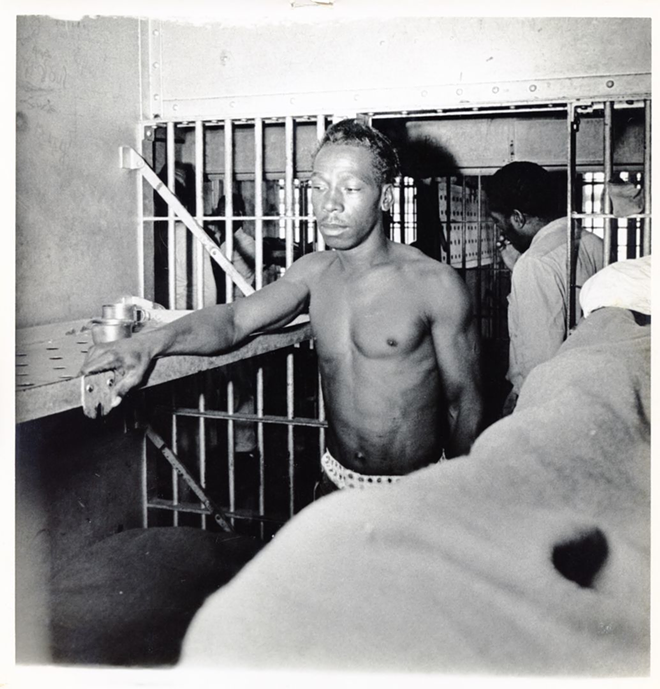 The name Arcadia conjures up a mythic land of utopian peace and tranquility, a pastoral setting promising brotherhood and bliss.

But on October 25, 1967, Arcadia, Florida, a rural citrus and cattle community in DeSoto County just 60 miles from Tampa Bay, was anything but innocent, rustic harmony.

Instead, seven children in one household were dead, the victims of insecticide poisoning mixed into their breakfast of grits and headcheese. Charged with homicide and convicted of their brutal murder and painful death was their father, James Richardson, an itinerant fruit picker who had the misfortune, among many, of being a black man in a notorious KKK “sundown town.”Richardson spent 21 years in prison because of this crime.

And he didn't do it.

In a narrative dripping with vile racism and sickening injustice, Richardson's story has now been told in the documentary Time Simply Passes, recently shown at the Humanitarian Film Festival in Clearwater. Directed by Ty Flowers, this film is a masterwork of criminal investigation and reporting that synthesizes disparate elements to reveal cruel injustice over 40 years in the making.

It was featured along with other social-issue documentaries and short features as part of a festival that celebrates humanity through the art of film, all sponsored by the Church of Scientology. Films were showcased on such topics as opioid addiction, human trafficking, environmental degradation, and inhumane prison conditions. Time Simply Passes was screened at the Scientology's downtown Criminon Center, an appropriate location as this outreach of the church seeks to reform the criminal justice system and to promote the criminal’s rehab and education for re-entry into society.

The system failed James Richardson beginning to end. He was the victim of a lifetime of Jim Crow mistreatment, so evident in this backwater southern town that boasted of its keeping the black man in his place. And he was a victim of the entire stretch of law enforcement itself, from sheriff to district attorney to judge and jury, through subsequent Death Row appeals, and even after release.

It was indeed a horrific crime with horrible deaths. After Richardson and his wife had left for the day of work in the citrus groves, the adult babysitter Betsy Reese prepared breakfast, walked five of the children to the nearby all-black school, then stayed with the other two younger children at home. Just after lunchtime, five children in five separate classrooms began foaming at the mouth with violent seizures and respiratory failure. They had somehow ingested parathion and were all dead within minutes of being transported to the hospital. When authorities checked at home, the remaining two Richardson children were in their own death throes. All the babysitter said was “they just up and died.”

The Miami Herald covered the story, calling it “the most ghastly crime in Florida history.” Even Walter Cronkite included this unspeakable horror in his news report that evening. Later, Life magazine had a photo of seven tiny white caskets in the memorial service at a local high school gym, just before the burial in Arcadia’s Oak Ridge Cemetery.

Soon enough, authorities charged Richardson with poisoning his children; he went immediately to jail. The evidence of his alleged crime was an insurance agent’s business card found in the yard with $500 written on the back and a sack of parathion found on the pantry shelf.

The director, Ty Flowers, of Tanman Films, grew up in Ft. Lauderdale and attended the University of Florida. He had heard this story all his life. Many of the photographs included in the film come from his father, an investigative journalist in the 1980s who followed the ordeal of James Richardson's attempt to find justice. Flowers learned in 2013 that Richardson was living in poverty after his eventual release and that there was a bill before the Florida Senate to give him a nominal settlement for his 21 years of "inconvenience" at the hands of the state. So Flowers decided to build on his father's research and construct a documentary that tells the complete story. 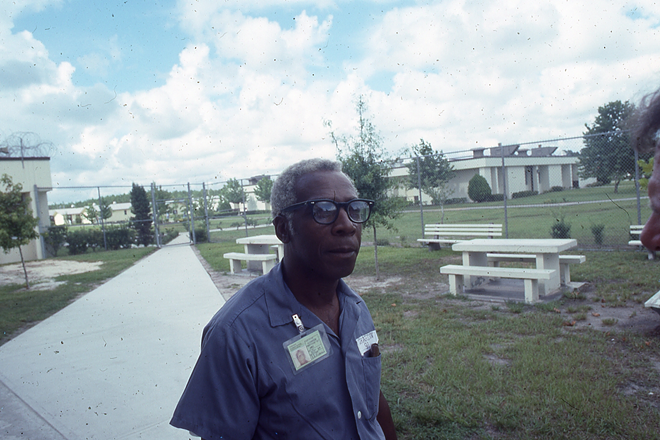 The film features Richardson himself and includes narration by Peter Gallagher, a newspaper reporter who, along with Ty Flowers' father, covered the ongoing developments of this justice delayed as justice denied, along with others involved in the efforts to bring this miscarriage to the public’s attention. Richardson’s plight over the two decades — wrongful accusation and arrest, incomplete and inadequate investigation, suppressed and tainted evidence, manipulated documents, witness tampering, an all-white jury, wrongfully denied appeals, a sealed and hidden legal box of exculpatory evidence — is documented with black-and-white television clips, archival footage, David Frost interviews, newspaper headlines, first person accounts, footage of NAACP-supported Tampa attorney John Robinson, DeSoto Sheriff Frank Cline and State Attorney and prosecutor Frank Schaub. Representatives of the Innocence Project of Florida, a nonprofit legal organization committed to exonerating wrongly convicted people, are brought in to support the efforts. Oprah gets involved, Geraldo Rivera gets involved, Paul "Now You Know the Rest of the Story" Harvey gets involved, Miami-Dade State Attorney Don Horn gets involved, Gov. Robert Martinez gets involved  —  and appoints Miami-Date State Attorney Janet Reno to investigate.

Finally, 21 years later, on May 5, 1989, Justice takes off her tattered blindfold, looks directly at James Richardson, and declares him a free man.

Sort of. Free to do what? Free to be what? No family, decades of social dislocation, no money, no prospects, no home, no future. Then begins the process of obtaining state-sponsored reparations to apologize to this man and assist with his future, to the tune of $50,000 per year for each of the 21 years of injustice at the hands of the state.

This compelling and stirring film has been a feature at various film festivals, including this showing at the Humanitarian Film Festival in Clearwater. Indie Rights is distributing the film digitally via Amazon, with plans to distribute on DVD and other digital platforms later this year. Have a Prime membership? It's free to stream for Prime Members.