In April, after having to limit his staff and reimagine the new protocol for dining out during the pandemic, chef and restaurateur Ferrell Alvarez of Nebraska Mini-Mart (as well as Rooster & The Till and Gallito) decided to pay homage to In-N-Out Burger by hosting a “NMM-N-Out Burger” pop-up. “There aren't any In-N-Out Burgers in Florida, and that's just a sin,” Alvarez, told CL. While the chain is nowhere to be found in the Sunshine State, locals were able to get their fix at the Seminole Heights resto. The hype beast eats sold out in record time and have been a menu staple since. nebraskaminimart.com—Jenna Rimensnyder

Best of the Bay 2020 Food & Drink: Our critics and readers pick all the best things that made their mouths water in 2020. 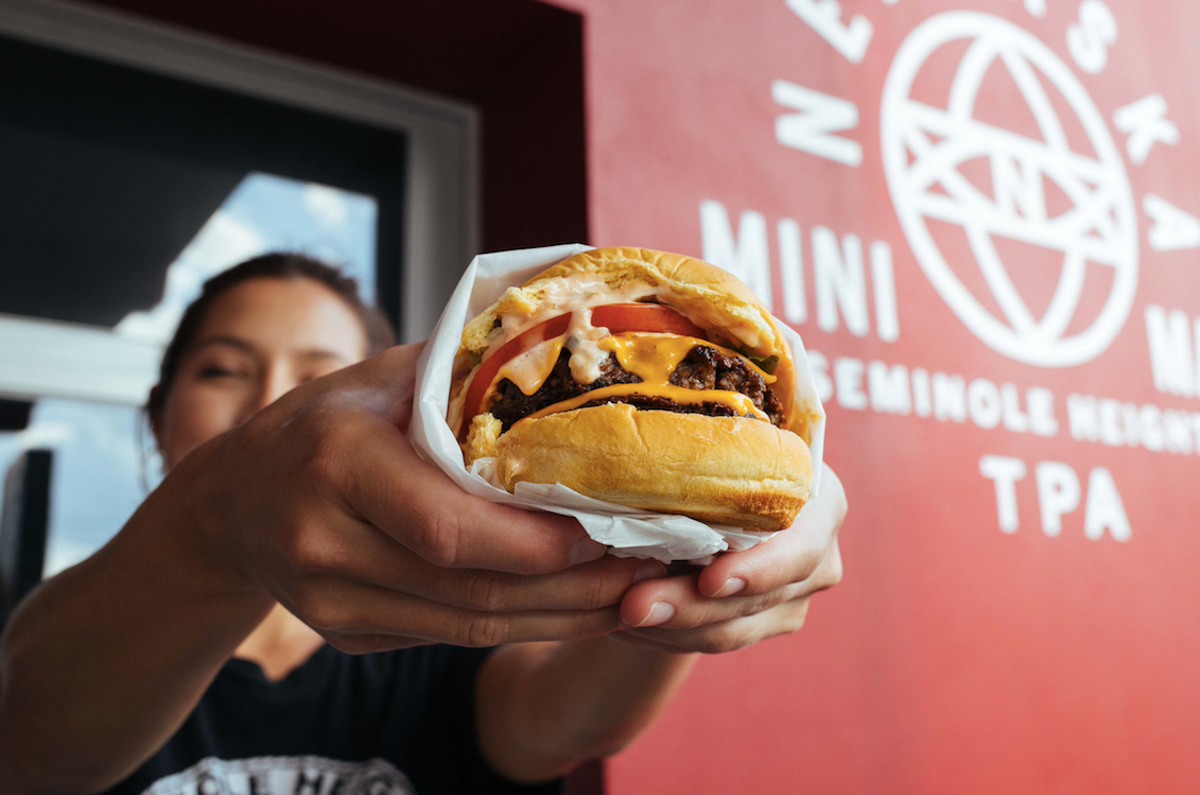 Best End To The Week (That’s Not Happy Hour)

Best Making The Best Out Of A Shitty Situation

Best New Use For An Old Favorite

Best Not Closed on Sunday

Best Place To End A Date

Best Use Of Beer Cans

Best You Giveth And COVID Taketh Away

'Pint And A Pocket'

Ron DeSantis’ lack of a plan to combat, track and contain coronavirus is extremely bad news for bars and breweries, and while many of them are still navigating the governor’s fuck up, several took Halsey Beshears (DeSantis’ Secretary of the Florida Department of Business and Professional Regulation since Jan. 2019) upon his 509 restaurant license loophole that basically let any bar open if it served food. None pointed out the ludicrousness of the 509 gimmick louder than Dissent Craft Brewing Company which offered a Hot Pocket and pint of beer special to patrons both desperate to get out of the house and pour money into one of their favorite breweries. dissentcraftbrewing.com —Ray Roa

Netflix and chillin’ with your vegan or gluten-free boo might be a bit cumbersome when you don’t know what takeout to order. Gourmet Pizza Company’s menu is flush with delish options literally anyone can enjoy, and it’s constantly adding new allergy-friendly ingredients. Plus, you can add vegan cheese to just about anything, and you might feel a little less guilty about your carb coma if you opt for the cauliflower crust. gourmetpizza-company.com —Alexis Chamberlain

“Rude Boy” is a comfort food supernova. Perhaps because my late mother introduced me to them in my youth, braised oxtails hold a special place in my heart. If you’re a fan of lamb shanks, you’ll be delighted with these. There’s so much collagen that the meat is the lushest imaginable. It sits on a creamy, balanced sage and garlic mash with some braised veggies and crispy cornbread nuggets that have soaked up all the juices, but maintain their crunch. A sprinkling of thin green onions on top finishes off this wonder in style. 7thandgrove.com —Jon Palmer Claridge

Curious Cat Bakery owner and one-woman band, Natalia Lima, got crafty once coronavirus forced a switch-up in the small business game. The vegan baker began offering free virtual lessons via Instagram live for all of her bored and ambitious fans practicing social distancing in their homes. On top of lessons, Lima began offering free delivery and weekly pop-up menus for customers (she could safely whip up in her commercial kitchen in St. Pete). Lima also made headlines back in October for making vegan versions of dishes from Netflix's “Great British Bake Off.” Talk about a bakery boss up. curiouscatbakery.com —Jenna Rimensnyder