Best he said it better than all of us: Tampa Bay Lightning’s drunk Nikita Kucherov

When the Tampa Bay Lightning beat the Montreal Canadiens to clinch the Stanley Cup, one man spoke the words we were all feeling in our hearts. In a postgame presser, a fully-bearded and half naked Nikita Kucherov slammed a beer and had some choice words for lame Montreal fans. At one point, Kucherov chugged a Bud Light and then went all in on how Lightning goalie Andrei Vasilevskiy should’ve won the Vezina Trophy. But the winger really his his stride when he touched on the team’s one series loss up North. “The fans in Montreal, come on,” said Kucherov. “They acted like they won the Stanley Cup, last game. You kidding me? You kidding me? They’re final was last series, OK.” @nikitakucherov86 on Instagram

Best of the Bay 2020 People, Places and Politics: Creative Loafing Tampa Bay critics and readers pick the best—and shittiest—people, places and politicians of the last year. 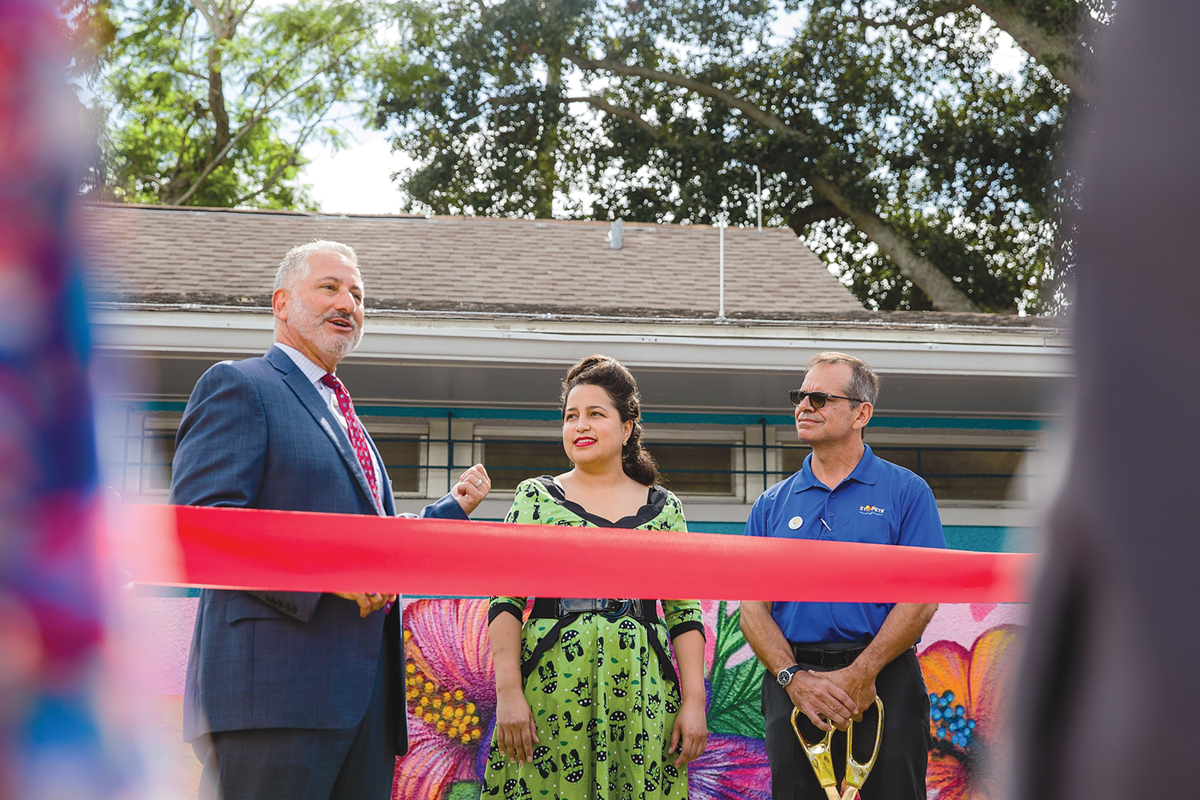 Hunger has always been an issue in Tampa Bay, and we’re not talking about the kind of pangs you feel when scrolling through foodie Instagram, either. We’re talking about the kind that can turn a family on its head and drive folks to do things they normally wouldn’t. Thankfully, pantries like Metropolitan Ministries and Feeding Tampa Bay have always been there—and stepped up especially huge in the peak of the pandemic—for the community. Powered by donations and volunteers, these essential nonprofits do work that we hope isn’t necessary one day—until then we’re glad they’re here to feed the city. metromin.org and feedingtampabay.org

For more than a year, the crew has taken the streets and skateparks of Tampa Bay by storm. The crew is hell on four wheels (they love Halloween), but they’re so much more at the same time. They bring their queer, leftist, mutual-aid based mission to the spaces where they skate and they fight for causes like #landback, as well as resisting polluting oil pipelines. They give to the needy and protect each other in a sport usually dominated by males. Together, they’ve found solidarity and protection, and through their activism, they’ve extended those same values to complete strangers. @gcsc.tampabay on Instagram

Winner: I Love the Burg

He’s everywhere. Editor of ilovetheburg.com, co-founder of the St. Pete Supper Club Facebook group, marketing coordinator at Tombolo Books, Andrew tells us what’s going on, what’s good to eat and what’s good to read with an open-hearted enthusiasm that’s infectious. How does he have the energy to cover all this territory? Not sure, but he says he walks 10 miles a day; look for him on Central Avenue or another boulevard near you. @harlanyoung on Instagram

Workers’ fight for a $15 minimum wage, in Florida and across the United States, has been years in the making. While last year’s $15 Minimum Wage Amendment Campaign was bankrolled by Orlando attorney John Morgan, the real heroes to get Florida on track toward a $15 minimum wage by 2026 were the workers—particularly unionized workers with unions like the SEIU and workers organizing with Fight for $15 and a Union. From leading car caravans through McDonalds drive-thru lines in the Tampa Bay area, to knocking on thousands of doors to secure votes, Fight for $15—and its allies—scored a resounding victory for Florida workers, garnering bipartisan support for higher wages. Solidarity. fightfor15.org