“She was an escape artist; she was very good at getting loose.” 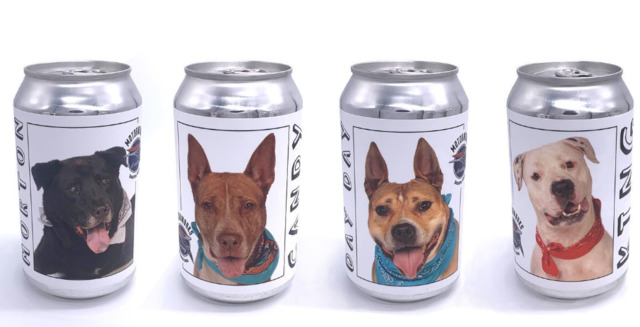 A former Florida resident now living in Minnesota recognized her lost pup on a beer can, after Bradenton’s Motorworks Brewing released a new line of beer with adoptable dogs featured on the labels.

According to WWSB, Monica Mathis said she read a story about the brewery’s new line of Adoptable Dog Cruiser Kölsch and spotted her lost dog “Hazel,” who escaped from her former Florida home 3 years ago and was currently housed at Manatee County Animal Services under the name “Day-Day.”

“She was an escape artist; she was very good at getting loose,” said Mathis to the station. “Bolting right through the door. Knocking me over just to get out the door.”

Mathis then contacted the shelter and shared the dog’s microchip information that proved she was Hazel's former owner. The shelter said they never contacted her because the info on the dog’s chip was outdated.

Well, now Hazel is headed to the Midwest, and maybe even with a 4-pack of Adoptable Dog Cruiser Kölsch.

So far, the beer has been a huge hit since it debuted last month, and two of the four dogs from the first batch were scooped up by families. Not to mention, a portion of all proceeds goes toward Shelter Manatee, which is on a mission to build a new shelter and the process of raising at least $2 million in donations from the citizens and businesses of Manatee County.

Colin Wolf has been working with weekly newspapers since 2007 and has been the Digital Editor for Creative Loafing Tampa since 2019. He is also the Director of Digital Content Strategy for CL's parent company, Euclid Media Group.
Read More about Colin Wolf
Scroll to read more Food News articles