With a chicken tender bouquet in hand, Victoria says she felt 'like a Checkers princess.'

According to a press release from the Tampa-based fast food chain, Victoria and Arley Smude tied the knot last weekend, alongside a 43-foot chicken tender and fry-trailer.

The two got the idea to include Checkers & Rally's from their proposal, which included Victoria using five Checkers' Fry Burgers, and Arley biting a symbolic "yes" into them. Victoria, a founding member of MAKE Plant City networking and community group,  then direct messaged the company asking if it would be willing to join the wedding festivities. A reply soon followed, and Checkers-Rally's brought in the "Fry Love Express" to serve guests chicken tenders and trademark seasoned fries during the ceremony.

With a chicken tender bouquet in hand, Victoria says she felt "like a Checkers princess" on her special day.
click to enlarge 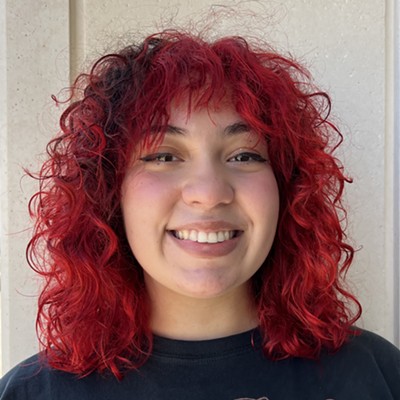