But we can expect to see them again very soon. 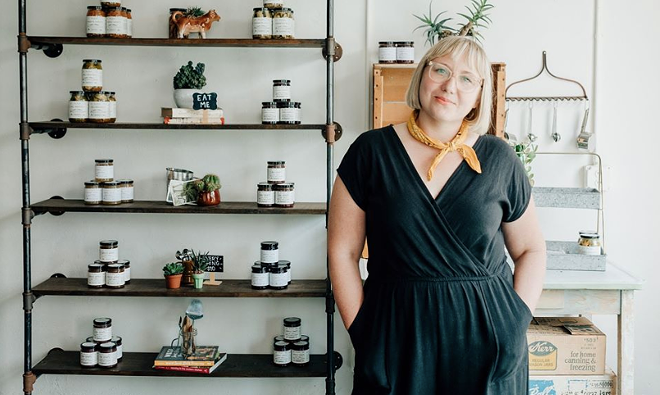 It is official, Urban Canning Company has shut down after nearly six years of business. The concept is now in the process of moving out of its space at 1040 4th St. N. in St. Pete. On Friday, November 8, the business took to social media to announce the closure.

"I was very transparent a year a half ago when our building was bought and our rent was doubled that I wasn't sure how we were going to survive. With the help of friends and family we managed to just squeak by, but cannot any longer," wrote founder, Illene Sofranko.

Urban Canning Co. — which has earned multiple Best of the Bay Awards in past years as and seen ink in several national publications — is known for hosting canning classes, running booths at local markets, and most of all, for its unique and classic offerings of hand canned spreads like spiced apple, maple cinnamon, smoked tomato and peppered strawberry.

As of Wednesday, November 27, the brand announced that it will not be at any markets going forward. But, that doesn't mean goodbye for good, next year Urban Canning Company will relaunch as they partner up with Brick Street Farms, the hydroponic, indoor city farm located at 2001 2nd Ave. S. in the 'Burg. More details on the forthcoming relaunch with Brick Street Farms once the new year begins.

If you've sent an email and are anxiously waiting for a reply, sit back and relax, the Urban Canning Co. team promises to reply to all customer service inquiries and fill all online orders as soon as the moving process is complete.