#BecauseGluten: Where's all the food?

That is the question. 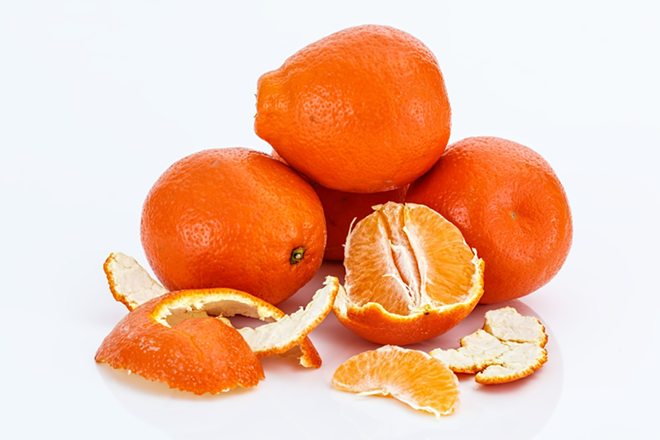 Max Pixel
These oranges, I should note, are gluten-free.

OK, so here I am, embracing my newly gluten-free small intestine. And it's... going surprisingly well. I mean, except when I drive by McDonald's with my windows down, or when I smell fresh Cuban bread. Other than that, awesome.

And so with an open mind, I make plans to attend last weekend's Gluten-Free For Life Expo at the St. Petersburg Coliseum. I'm optimistic I'll be able to reawaken my desire to start cooking again, something that's fallen by the wayside as I wallowed in my own martyrdom. I'm expecting creative recipes, perhaps suggestions for salad dressings that don't have gluten in them (and that aren't oil and vinegar), and maybe even to learn how to make cookies that don't fall apart without gluey, wonderful gluten.

The first thing I see when I walk in is a table with WOW! butter samples. Now, if you're thinking — as I did — that butter isn't exactly known for high (or any) amounts of gluten, well, hold on, because WOW! butter is fake peanut butter.

Real peanut butter, come to think of it, also doesn't contain any gluten. I raise an eyebrow and ask the very nice woman... why?

It's for people with nut allergies, she tells me, and I feel a sense of foreboding in my gut where gluten and hope used to be.

A walk around the expo unfortunately confirms my worst fear: This isn't only for people who can't eat gluten. The vendors here, selling quasi-magical powders and reinvented plastic bags of junk food sans gluten, are casting a wide net. Everywhere we look, we see paleo food, vegan food, protein powders, dairy-free cakes and nut-free nut products (don't even get me started). And — aside from scrumptious samples from Fresh Kitchen — none of it's real food; the thing each product in the expo has in common is that the maker caters to people who have an issue with food. Mind you, it doesn't have to be celiac or gluten intolerance. I've arrived at the gathering place for everyone who wants to know the provenance of the chicken before they'll order it. I'm certain other celiacs and truly gluten-sensitive folks attended this symposium, but I've gotta tell you, the expo did a lot of catering to every food trend that exists without offering any sort of real food.

One would assume the focus of such an expo would be on health and healthy eating. But no. It appears we're surrounded by gluten-free, dairy-free, vegan, nut-free ways to continue our eating habits that gave rise to diabetes, obesity and hypertension. Everything I see — again, except for Fresh Kitchen and a tub of gluten-free breadcrumbs — has multiple ingredients. Even the paleo to-go booth has some sort of chicken pot pie that tastes like mush. Bland mush.

Since the only reason I'm going gluten-free is because of celiac and the resulting malnutrition, I move quickly from booth to booth, looking for food that's, well, food. And that's when it hits me — I'm not going to find that here. I'll find it where everyone finds it: a produce stand or butcher shop. I don't need to re-learn to eat shit food; that's not going to help me heal my body. I need to focus on putting better food inside my body so I can get the vitamins. Those gluten-free Girl Scout cookies, while tasty AF, won't help me absorb more iron. Eating oysters and spinach and clams will. I don't need Nut Thins to replace potato chips, because guess what doesn't contain gluten? Lays. I can already have those. I've spent an entire lifetime practicing.

I realize the expo organizers are simply satisfying demand. I actually know a gluten-free paleo vegan, and, look, we all know these people. What we have to do is start thinking about food in terms of health, not gluttony (which looks a lot like gluten, I'm now noticing). Food is fuel, nothing more. Maybe, I muse, I need to up the octane, not look for a similar low-grade fuel.

We stop at Pasadena Produce on the way home and grab two tubs of organic spinach, a handful of oranges and a bunch of bananas — all of which, I should note, are gluten-free.