Ybor City will soon have a new brewery, with an experience shaped by the neighborhood. 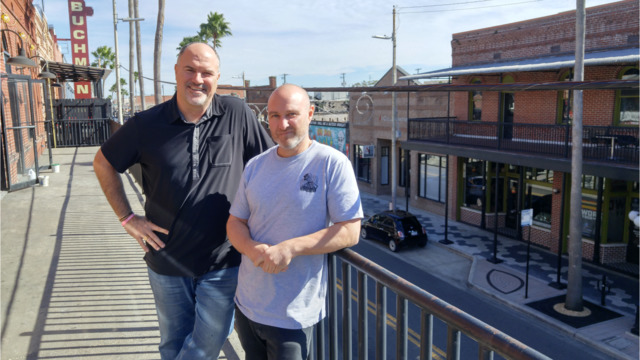 Ybor is more than craft beer. It’s dining and drinking and nightlife and convivality. As such, the crew behind the upcoming Zydeco Brew Werks has embarked upon an ambitious plan to offer a little something for everyone in the spirit of its hometown, without sacrificing its focus on the beer. There will be two kitchens, three bars and plenty to do, see, eat and drink. And while the look and main restaurant menu have been shaped by Seventh Avenue’s striking similarity to New Orleans’ Bourbon Street, it’s the various flavors of the beer — overseen by experienced Philly transplant Paul Rutherford — that will influence and complement every other aspect of the Zydeco experience.

“We are a brewery first and foremost,” said partner J. Paul Pepin when CL toured the impressive facility last month. “We just happen to have a restaurant.”

Like a small handful of the area’s breweries, Pepin and Rutherford don’t see food and liquor as a distraction from their locally made suds. They see them as options that make Zydeco unique, and a better match for the corner building (one that formerly housed a number of nightclubs) than a straight-up brewpub might be.

“We have the liquor and we have the wine, but while you’re here, we want you to try the craft beer,” Rutherford said. And with his experience and love of refreshing, drinkable styles like lagers — as well as free rein to curate Zydeco’s beer offerings from the perspective of a brewer as opposed to a restaurateur — Zydeco seems poised to balance the multiple elements it plans to incorporate without overlooking the reason it was conceived in the first place: to bring even more great local craft to one of the Bay area’s great neighborhoods.