Saturday is the last night in business after a year-long search for a buyer. 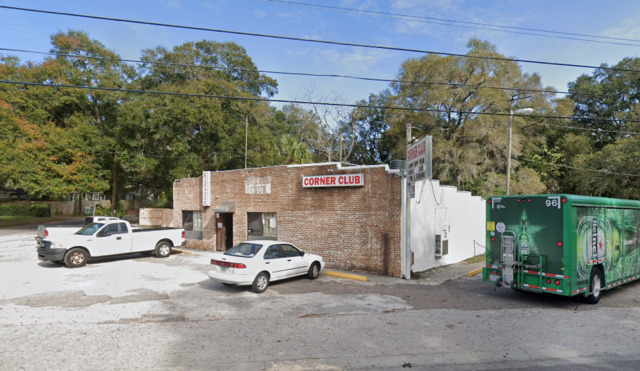 The Corner Club, Old Seminole Heights’ long standing institution and so-called dive bar, has been for sale for almost a year, and after finding a buyer, it's shutting its doors following the close of business tonight, Saturday, Oct. 24.

The neighborhood bar—located at 1502 E. Sligh Ave. near Sulphur Springs—is in the process of being sold to longtime Tampa hospitality veteran Jeni Armstrong.

Armstrong helped open The Bricks in Ybor City and has been involved in its operation during the entire decade the Bricks has been open. Armstrong also assisted with operations at the Skatepark of Tampa, which shares an owner with The Bricks, for seven years, and was also a 15-year vet of Starbucks.

Armstrong told CL that renovations at the Corner Club will start as soon as she gets the keys. There's no opening date, Armstrong added that while Corner Club won't be a dive, it'll still be a place to "come get a drink and do karaoke."

CL left a message for owner Fred Jett, who bought the property in 1972, when it was part tavern, part store. As Powers pointed out in a previous story, Corner Club, which was built in 1945, was originally a grocery store.

“Mainly a working class bar through the years (with Friday happy hours especially popular with TECO employees from down the street), The Corner Club evolved into a melting pot of sorts,” Powers wrote.

Last year, in explaining the reasoning behind the sale, longtime bartender Patty Denmark, who’s worked at Corner Club for 20 years, told CL she and Jett were simply tired.

“We want to go fishing,” she said.

As Powers pointed out, though set in a more residential part of Seminole Heights, the lot is zoned for nightclub use and one of the few places left in Tampa Bay smokers can light up indoors—plus there’s the beer and wine license.

Last year, the property—which comes fully-stocked with equipment like beer coolers and such, on over half an acre lot (23,000 square-feet)—was going for $565,000.

Armstrong, who is still waiting to finalize the sale, would not comment on the final selling price.

More details as they become available, but aren't you glad someone didn't buy it up and try to rezone for condos?