Brew Bus in Seminole Heights is closing, but plans to reopen two blocks away

For now, founder Anthony Derby is focused on closing the book on the current location with a Monday night party. 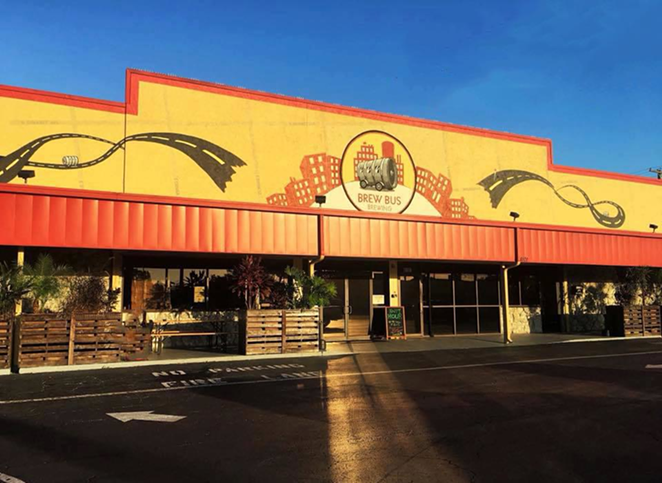 Tampa’ Brew Bus Brewing is closing its brick and mortar location at 4101 N Florida Ave, but it may not be the end for the brewery’s Seminole Heights life.

“We’re focused on marking the end of Brew Bus Brewing at this location on Monday and transitioning service to our mobile fleet,” Anthony Derby, founder and CEO of Brew Bus brewing, told Creative Loafing Tampa Bay. “We look forward to sharing some exciting announcements in the near future with the Seminole Heights community.”

Brew Bus celebrates its last day at the current location on Monday, May 31 with Heights Night where anyone who lives or works in Seminole Heights gets a free draft. 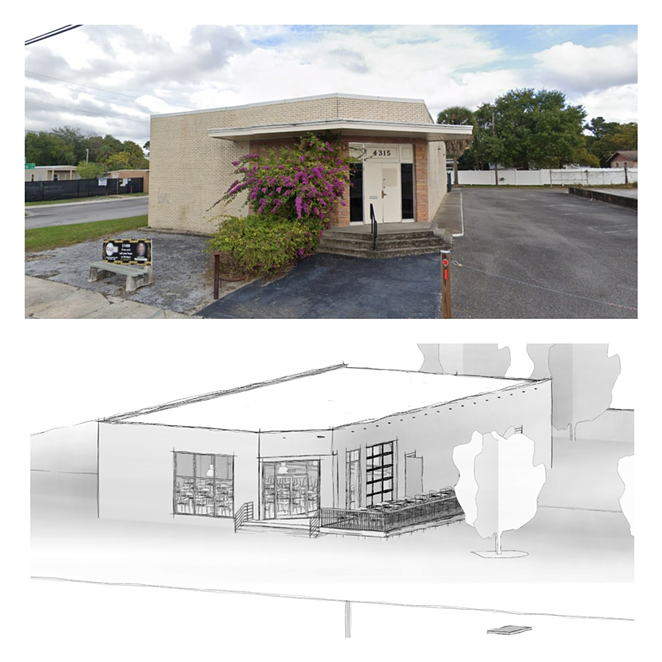 City of Tampa
(Above) 4315 N Florida Ave. just two blocks away from the Brew Bus location closing, and (below) renderings dated May 17 which show potential plans for the new space.

But according to renderings dated May 17 from Tampa’s Accela Citizen Access site, a new “Brew Bus Brewery” designed by Carbon Architectures is proposed for the vacant building 4315 N Florida Ave. just two blocks away.

Brew Bus representatives would not expand more on the plans of a new brick and mortar location, though a press release states the closure of its current location is due to the ending of its current lease.

For now, “The production and offerings of Brew Bus beer will relocate to the new Florida Avenue Brewing Co. facility located in Wesley Chapel.” The relocation of production is a full circle move since Brew Bus took over its current space– which was once a Kash N Karry–from Florida Avenue in 2015.

Brew Bus beers will still be accessible outside Wesley Chapel with mobile popups, special-release cans and drafts, and the classics–like Rollin’ Dirty red ale and Last Stop IPA–available for purchase at most local liquor stores. 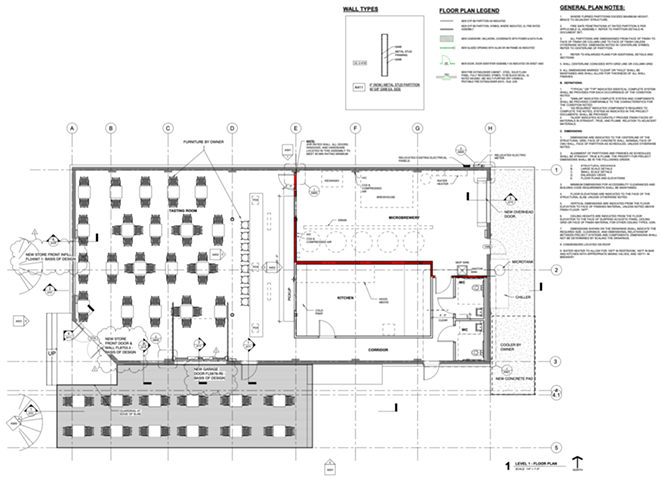 City Of Tampa
Available renderings—which are not final—show a tasting room, patio, five-barrel microbrewery and kitchen at the new Brew Bus in Tampa, Florida.