Breathe a sigh of relief, Cafe Hey in Tampa Heights is reopening tonight 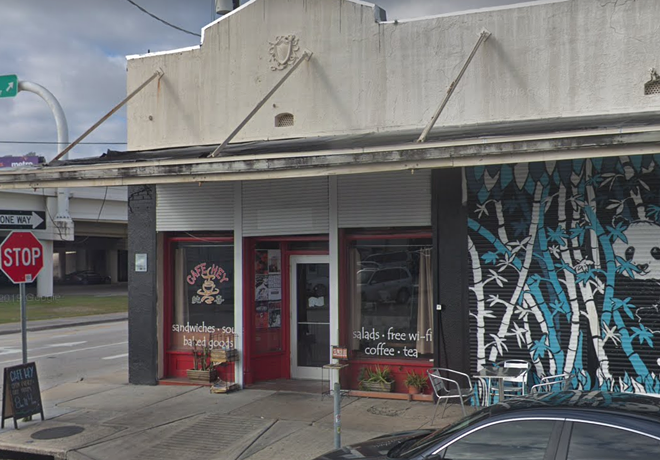 Cafe Hey will open back up its doors tonight, July 25 at 6 p.m. with an open mic night starting promptly at 7 p.m. There will be a limited menu offered up for attendees.

Although permanent hours are not confirmed, the Tampa Heights favorite announced its grand re-opening for the evening of August 1 after closing for renovations earlier this month, according to a Thursday Instagram post from the restaurant.

The grand re-opening comes in conjunction with the Collective Arts Series 13 Release and Art Party, hosted by Cafe Hey’s neighbor in the Oceanic building, Mergeculture. Both Cafe Hey and Mergeculture will be displaying art from 20 local and international artists whose previous work will be featured on Collective Arts Brewing’s newest release of brews.

Among the renovations to Cafe Hey since its July 4 closure is a new draft bar, where you can grab your regular or sample Collective’s Canadian-based brew.

The event will feature live music from local band Spork and hip hop artist Jinx from 7-10 p.m., and open mic night at Cafe Hey from 6-8 p.m.